A vertically-scrolling shoot 'em up with a walking robot rather than a spaceship.

Psycho Chaser is a vertically-scrolling shoot 'em up that features an android protagonist who strides up the screen. It was Sting Entertainment's first video game: the developer would later be better known for their JRPGs like Baroque and Yggdra Union. The player character, the eponymous Psycho Chaser, is a sophisticated android warrior with multiple built-in weapons that was designed to combat an AI that has gone out of control.

The game was a PC Engine exclusive for almost two decades until it was added to the Wii's Virtual Console in 2008. Neither version of the game was released outside of Japan.

The Psycho Chaser has four weapons that it can switch between at any point which offers different amounts of screen coverage: Fire, Multiway, Blaster and Thunder. Each can be upgraded up to three times between levels by collecting and spending "Psycho Energy".

In addition, the player can collect power-ups which fire additional missiles with every shot. They spread out from Psycho Chaser and then fly up the screen. 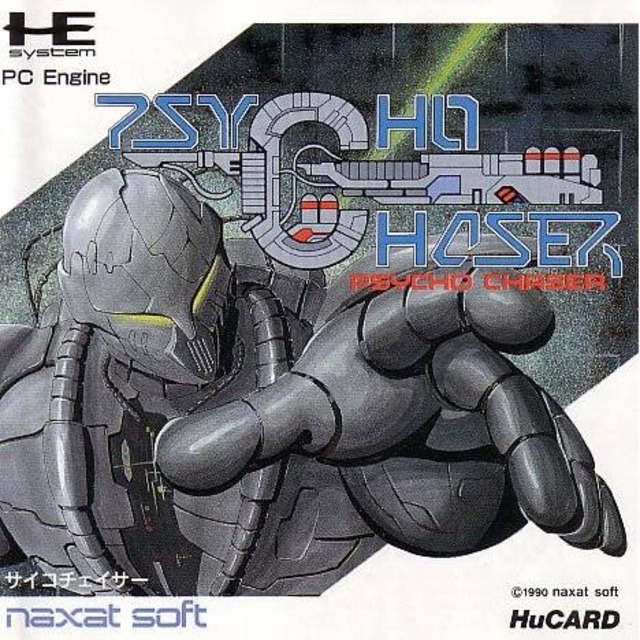