A vividly coloured and light-hearted game about building a ranch of slime creatures on another planet.

Slime Rancher is a 3D sci-fi open world first-person farming/ranching game developed and published digitally by Monomi Park for the Xbox One, PC, Mac, and Linux on August 1, 2017. Developed on Unity, it was originally released as part of Steam Early Access on January 14, 2016.

Players take on the role of silent protagonist Beatrix LeBeau, who has moved a thousand light years away from Earth (to the "Far, Far Ranch") to earn herself riches by ranching slimes. While upgrading and maintaining the enclosures and tools on her ranch, as well as exploring deeper into the Far, Far Ranch (finding new types of slimes and food), she earns money by collecting valuable "plorts" dropped from different types of fed slimes and selling them in the ever-changing intergalactic market. Her main tool is the upgradable "VacPack", which she uses to vacuum up and transfer small slimes, food, and plorts. 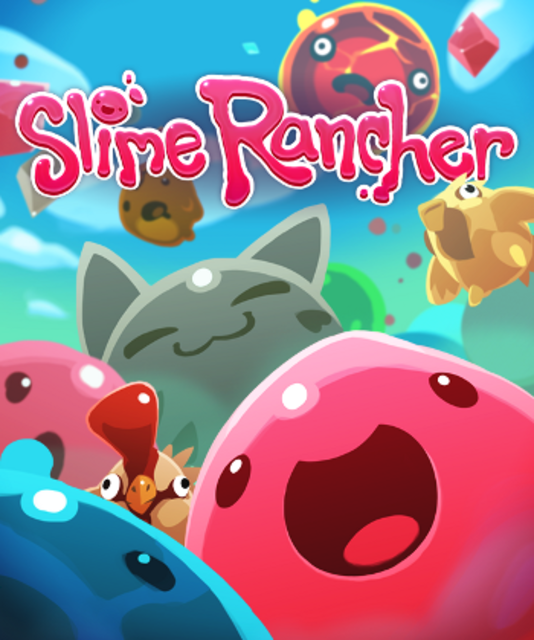