A vertical-scrolling shoot 'em up that configures its difficulty to match the skill of the player.

Final Blaster is a vertical scrolling shoot 'em up for the PC Engine. The player is part of squadron of fighters sent to save the world from an alien invasion. Final Blaster hosts a number of features that are distinct to the game: the first is a charge shot that resembles a phoenix and is the only form of projectile that can destroy certain larger enemies. The second is that the game configures its difficulty depending on how many power-ups the player has when finishing a level, or how often they've been destroyed.

The game was unique to the PC Engine and did not see an international release outside of Japan. It came out on the same day as W Ring: The Double Rings, another shoot 'em up exclusive to the Japanese PC Engine. 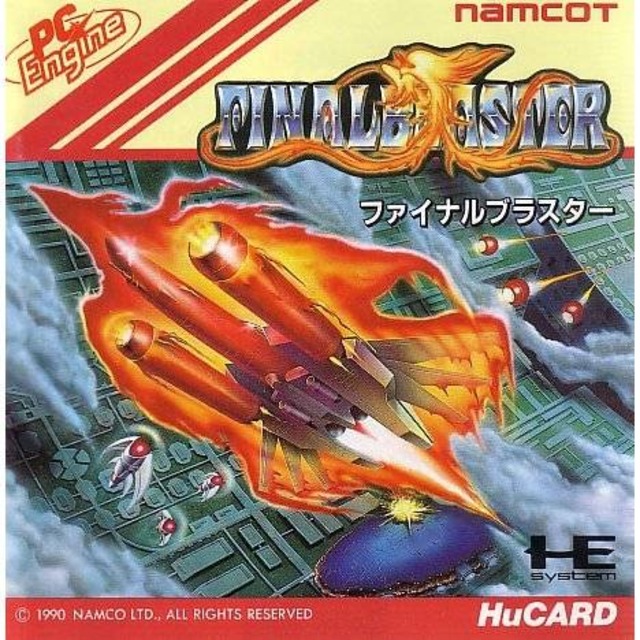