Namco's take on the Street Fighter II craze, taking cues from beat-'em-ups (similar to Pit-Fighter and Violence Fight) and allowing up to four players to fight each-other at the same time.

Knuckle Heads is a 2D belt-scrolling fighting game developed and released by Namco for arcades (running their NA-2 hardware) in 1992.

Namco's first fighting game since the release of Street Fighter II, Knuckle Heads is unique as it allows up to four players to fight simultaneously (as an optional setting by the arcade operator), with each player using two attack buttons and one dedicated jumping button (similar to Pit-Fighter and Violence Fight).

Players can move around the arena similar to beat-'em-ups, but are immediately locked into the traditional one-line system when only two players are left standing. Along with standard special moves, players can hold either of their attack buttons to make a special Charge attack.

It was later digitally re-released on the Wii (via Virtual Console) exclusively in Japan by Bandai Namco on August 18, 2009.

The game includes six playable characters, each with their own weapon and special moves. In single-player, players must defeat all five opponents, then progress through three two-on-one matches, and then one final mirror match against a golden, more powerful version of the player character. 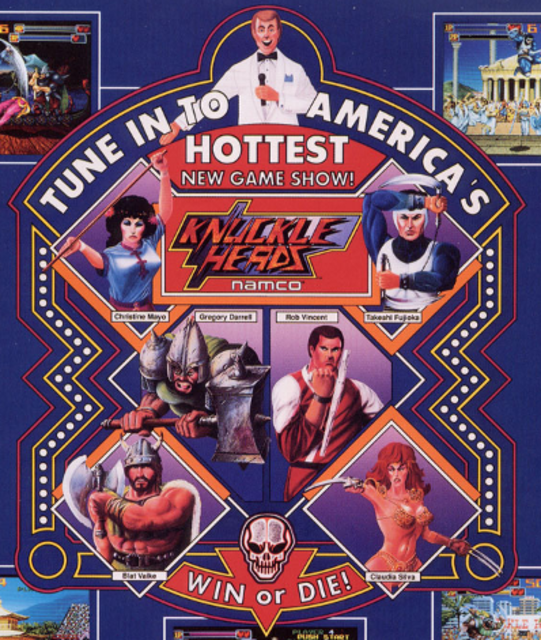