Kira Kira Star Night is an indie 2D platformer developed and released by RIKI for the PC (with a ROM format compatible with the Family Computer) on August 11, 2013.

Created by manga artist and illustrator RIKI to celebrate the Famicom's 30th anniversary, Kira Kira Star Night is an 8-bit game that has players controlling young girl Fami-chan as she walks and jumps to collect stars moving around in patterns synced with the game's chiptune music (from artists BUN, Tappy, Robokabuto, and hally).

The game was originally sold in indie circles in a CD-ROM format (with both the ROM file, an emulator, and the game's soundtrack) with a bonus booklet (the "Kira Kira Star Night Perfect Book", including guest illustrations, the game manual, and a developer diary).

The game received a second update, titled Kira Kira Star Night: Furusato Nouzei Fujimino-ban ("Hometown Tax Payment, Fujimino Edition") on June 20, 2018. Made for the Japanese city of Fujimino, this version features a revamped "Level 2" mode (with Bit-chan from 8Bit Music Power as the playable character and a new soundtrack). It was originally released in CD-ROM format, with a later cartridge release (self-published) on April 13, 2020.

The game later received an enhanced arcade port developed by exA-Arcadia TEAM EXA-AM1 (for exa-Arcadia hardware) on June 11, 2021. Titled Kira Kira Star Night exa, this version builds on the Fujimino-ban version with a new third playable character and enhanced support for HD displays in both horizontal and vertical screens. This is the first horizontally based arcade game to also support a vertical orientation. The arcade version fixes a bug in the original Famicom version's input code to improve the input lag from 3 frames to 1 frame. 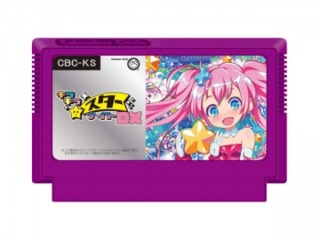