2017 brings another Madden game to the table, this time with Rob Gronkowski on the cover.
Xbox 360 PlayStation 3 Xbox One PlayStation 4

Madden 17 was made available to EA Early Access members on August 18th and was released to the general public on August 23rd. It features New England Patriots tight end Rob Gronkowski as the cover athlete.

For this years installment fans will be hearing two fresh voices, play by play voice Brandon Gaudin and analyst Charles Davis. It had been reported that the pair has been recording new dialogue on a weekly basis for a span of 8 months leading up to the games release. Electronic Arts claimed that the goal was to provide fans with commentary that felt more like an ad libbed natural conversation, with the tone of the statement matching the speed and intensity of the play occurring on the field.

Guadin is the first play by play announcer in the games history that hasn't had previous announcing experience in the NFL. Him and Davis had no prior experience with each other before recording dialogue for the game. 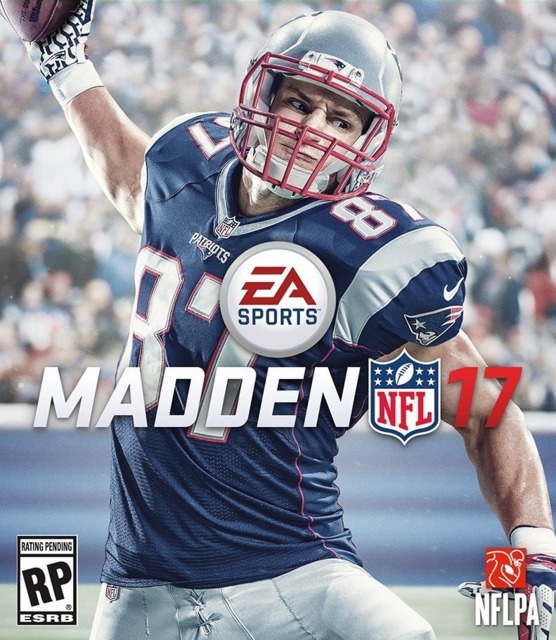