Brood War is the expansion to the best-selling pc-game of 1998, Starcraft. Brood War expands on the original game with unit additions for each race as well as a new campaign that continues the story of the original game.

StarCraft: Brood War, like its predecessor, is a real-time strategy game chronicling the exploits of three different races and their conflicts in a far-flung region of the galaxy known as the Koprulu sector. Though very similar to StarCraft on the surface, Brood War makes certain radical changes to the gameplay through the inclusion of several new units.

The Zerg have invaded the Protoss homeworld Aiur, and while the Overmind has been killed by Tassadar, the Zerg now roam the surface and are about to eradicate the native Protoss.

Artanis, Aldaris and Zeratul choose to evacuate the remaining Protoss to Shakuras, home of the Dark Templar, who were - up until recently - shunned by the Protoss of Aiur and viewed as traitors. The Zerg that are still under the control of the cerebrates follow them, but with the aid of the now independent Sarah Kerrigan, they use an ancient Xel'naga temple to cleanse Shakuras of the Zerg that followed them from Aiur. Aldaris, however, betrays them for their alliance with Kerrigan, and he is eventually killed by the same, who reveals to Zeratul and Artanis that she chose to help them for a reason; to destroy the cerebrates and their plans for a second Overmind so that she alone could take control of the Zerg swarms.

Earth has found out about the colonists in the Koprulu sector. The United Earth Directorate sends Gerard DuGalle and Alexei Stukov to seize control of the Terran Dominion and bring emperor Mengsk to justice. They are victorious, thanks in part to Samir Duran, but more so thanks to the discovery of a psi disruptor, which enables them to ward off enemy zerg.

After defeating Mengsk (who escapes with the help of one Jim Raynor) and assuming control of the sector, Duran - exposing himself as an agent of Kerrigan - assassinates Stukov and tries to destroy the Psi Disruptor, but fails and is forced to escape. The UED uses the Disruptor to break through Zerg defense to reach Char, where the cerebrates are breeding the second Overmind, and use drugs to take control of it.

Having lost almost all of their forces to the UED, Sarah Kerrigan and Duran join forces with Raynor, Fenix and Mengsk in an attempt to defeat the UED. After destroying the UED forces on Korhal IV, the two betray their newfound allies and kill Praetor Fenix. They then proceed to kidnap the Protoss leader, Razsagal, and blackmail Zeratul into destroying the UED's Overmind. This gives Kerrigan control of the Zerg and she reveals to Zeratul that she has infested Raszagal, making Zeratul kill her.

After leaving Char, Zeratul stumbles upon a small moon where he finds Samir Duran. Duran reveals that he was never Kerrigan's pawn, and Zeratul discovers that he has been conducting experiments, successfully creating a Zerg/Protoss hybrid. Though Zeratul destroys the facility, Duran informs him that it is one of many, and that there is no way he can be stopped. Meanwhile, the Dominion, Artanis and the Protoss survivors, and the UED make a final attempt to destroy Kerrigan's forces, but they are unsuccessful, leaving Mengsk and Artanis alive. Kerrigan and her Zerg are now the dominant force in the Koprulu sector.

A Zerg ground unit, the lurker burrows into the ground and attacks enemy units with spines that shoot up in a line in front of them, causing 20 damage to anything caught in that line, friend and foe alike (but not other friendly burrowed lurkers). The lurker is an evolved form of the hydralisk, and costs 100 units of mineral and 50 units of vespene gas. It has 125 HP, 1 default armor, take up two control spaces and cannot attack flying units. It is invisible when burrowed.

Pro Use: Lurkers are commonly used for surprise attacks due to their invisiblity and splash damage.

In Zerg vs Protoss, a large spread of lurkers placed right outside of a Protoss base's chokepoint can keep the protoss forces inside their base. This tactic in combination with anti-air and overlords, to seek and destroy any protoss observers, proves especailly useful.

Skilled Zerg players use what is called a "Stop Lurker." This is when a burrowed lurker doesn't attack even when enemies are in range until ordered to do so. "Stop Lurkers" are used to trick an enemy player into placing a large amount of units within "Stop Lurker's" range and then dealing a very large amount of damage. A lurker can't simply be told to not attack so instead players must tell a burrowed lurker to attack an enemy building that is not within range, because the lurker cannot attack the target, the lurker will not do anything else.

An anti-air unit, the devourer uses a corrosive acid to attack other flying units, a slow attack which causes 25 direct damage and some splash damage. Anything hit will be infected with acid spores, slowing their movement and making them more vulnerable to attack. The Devourer is an evolved form of the mutalisk and costs 150 units of mineral and 50 units of vespene gas. It has 250 HP, 2 default armor, takes up two control spaces and cannot attack ground units.

The protoss too, have gotten their own anti-air unit. The corsair is a small flying vessel with 5 measly damage and some splash, but with a high rate of fire. They possess the Distruption Web ability, which is capable of rendering enemy units with a small area immobile and unable to attack for 125 points of energy. The corsair costs 150 units of mineral and 100 units of vespene gas, has 100 HP 80 shield units, take up two spaces of psi, has a default armor of 1 and cannot attack ground units.

Pro Use: Corsairs are only viable in one match-up, Protoss vs Zerg, because they only have a weak Anti-Air attack with small splash damage. In Modern Protoss vs Zerg, Corsairs are almost used every single game by Protoss in a build order coined the "Bisu Build" after its infamous creator, Bisu. There are different variations of builds that follow a similar initial build order but are technically not "True" Bisu builds. The Bisu Build usually uses the Corsairs to kill the Zerg's Overlords, Zerg's only detector besides a Spore Colony, and than sneaks in a Dark Templar to inflict massive economical damage. Regardless of variation, Corsairs are used to harrass Overlords and scout out the Zerg's tech farily early in the game. It is important that the Protoss keep his first Corsair alive so that he can scout and harrass his opponant for as long as possible. Corsairs are also sometimes used in PvT, mostly as a cute trick or joke build because of their Distruption Web ability which prevents tanks in siege mode from attacking.

Referenced in StarCraft, the Dark Templar are a very dangerous class to encounter, but also lightly armored. A permanent cloaking shield makes them especially deadly in the early stages of a skirmish. Able to take down lightly armored and slow moving units with ease makes them appropriate for destroying Siege Tanks, Zerglings, Hydralisks and worker units. However their lack of air attacks makes them highly succeptable to attack the longer a game progresses.

The Dark Templars referenced in Starcraft make a debut in Brood War. The player is free to warp them in themselves and two dark templars now have the ability to merge and form a dark archon.

The dark archon has no regular attack, instead relying on three different abilities. The Feedback ability costs 50 units of energy to initiate and is used to drain energy from an enemy unit and unleashing it onto them, dealing damage equal to the amount of energy drained. The Mind Control ability costs 150 units of energy and can be used to instantly converting an enemy unit of any race, giving the player control of it. The Maelstrom ability costs 100 units of energy and is used to stun organic units within an area specified by the player. The dark archon has 25 HP, 200 shield units, a default armor of 1 and take up four spaces of psi.

The medic is a Terran ground unit used to heal organic units and curing them of any negative effects such as parasites or plague. They have three different abilities; the heal ability which restores two HP to biological ground units in exchange for 1 point of energy, the restoration ability which removes negative status effects, and the optical flare, which renders enemy units blind and removes the detector ability. Medics have 60 HP, no attack, costs 50 units of mineral and 25 units of vespene gas and have a default armor of 1.

Pro Use: Medics are possible the most important unit for a Terran in Terran vs Zerg. The Medics healing ability greatly increases a marine/firebat's Survivaly Rate against many Zerg units. Also, Marines/Firebats can use Stim Packs a greater number of times Medics can almost immediatly heal them back to 100%. Medics are effective at blocking narrow passage ways if they form a wall and have enough energy to heal one another.

Medic's have also been known to use their optical flare ability to blind "detection" units, making their ability to detect invisible units very limited. A well placed/timed "blinding" in combination with a cloacked ghost or cloacked wraith can prove very useful in launching a suprise attack.

The terran anti-air unit is called the valkyrie. It is equipped with eight missiles that are fired simultaneously and deal 6 damage to flying units. Valkyries have 200 HP, cost 250 units of mineral and 125 units of vespene gas, take up 3 supply slots and have a default armor of 2.

Pro Use: Due to their high cost and low attack damage, Valkyries are rarely used in current multiplayer matches. But they are sometimes used as a viable coutner against a swarm of zerg mutalisks in a "Zerg vs Terran" match up, usually if the terran player decides to pursue a "only Mechanical units" strategy against the Zerg player. 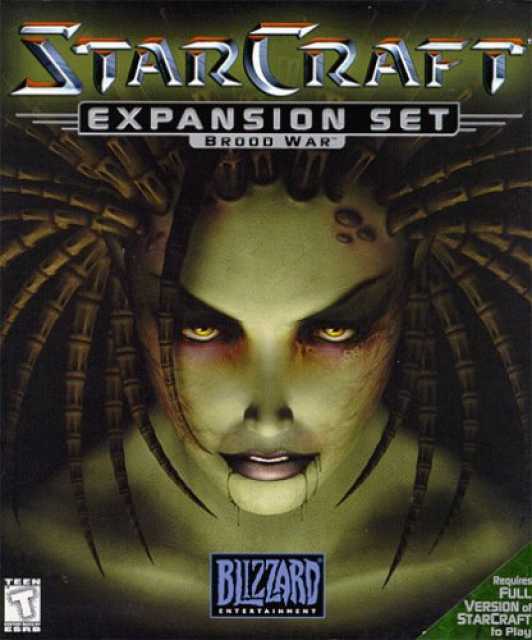