The third installment of Team Ninja's fighting game series, bringing the series to the Xbox.

The third game in the Dead or Alive series (and the sequel to Dead or Alive 2), Dead or Alive 3 tweaks the game system (including unrestricted side-stepping) while adding three new characters (karateka Hitomi, drunken master Brad Wong, and assassin Christie) and reworking one character (the amnesiac karateka Ein, later revealed to be ninja leader Hayate). It is the first game in the series to be released on Xbox home consoles only (which lasted until Dead or Alive: Paradise).

The Japanese and European versions of the game feature additional content, including extra character outfits, tweaked character movelists, more balanced gameplay, the return of Time Attack mode, and a new CG introduction. The extra character outfits were later made available for the North American version on demo discs for Official Xbox Magazine (from June 2002 to September 2002), later being made an unlockable on Dead or Alive Ultimate.

Legendary Ninja Ryu Hayabusa managed to stop the evil plans of Tengu. However, it was too late to disable the Tengu of Destruction from triggering a worldwide collapse, which churns up a dense cloud that covers the entire planet in a shroud of fear and darkness.

DOATEC has gone astray, turning into the hunting grounds for power-hungry scam artists, which is when DOATEC's development department witnesses the success of a genius. Following Project Alpha and Project Epsilon, Dr. Victor Donovan completes the Omega Project, producing Genra, a Superhuman. Genra, who was once leader of the Hajin Mon Ninja, is no longer human. A slaughterhouse has been provided as the exclusive domain of the Omega superhuman, known as the World Combat Championship, Dead or Alive 3.

As per usual with 3D Fighting games, Dead or Alive 3 was a one on one fighting game (although there is a tag mode). Face buttons correspond to punch, kick, throw and block, and countering makes a significant presence in the game.

The fundamental gameplay structure and controls remain more-or-less unchanged from the previous game in the series (Dead or Alive 2), although some minor tweaks have been added. These minor tweaks include unrestricted 3D-axis movement, made counter's less powerful, less emphasis on juggles and increased counter periods, which all make the CPU's much more forgiving, making the game easier to pick up and play. The game also added four characters to the roster.

Dead or Alive 3.1 (Japanese release) and 3.2 (European release) added not only more content, but a huge variety of move tweaks that completely trumped the 3.0 release that was never released in the states.

3.1 has the most changes, and includes: additional outfits, a new CGI introduction, improved graphical display and gameplay tweaks that created what some people call "the most hardcore Dead or Alive experience."

Free Step Evasion gives you a little bit more opportunity to side step moves with a loosened tracking and a more defensive sense. Linear attacks are useless against the side step, and it's a solid replication of how you can side step in Virtua Fighter

Wall pressure is less potent in 3.1 because of the wall combo threshold.

Tech rolling has been improve. 3.1 allows you to tech roll around your opponent for guaranteed punishment.

Characters like Helena, Bayman and Brad Wong are also tweaked to be more evasive in and our of their respective stances.

You are not given the ability to consistently block as DOA3.1 adds far more opportunities to guard break. Guard crushing was also added; this type of crushing forces your opponent to crouch.

Frame advantage isn't as scarce in DOA3.1, and lots of characters have ample opportunity to frame trap an opponent.

"Super Launcher" throws are also added to Hayate and Bass' move-sets. They launch you high into the air allowing extensive combo/juggle chance.

When either your or your opponent is hit with a critical hit, a portion of your life-bar will flash, indicating a threshold. 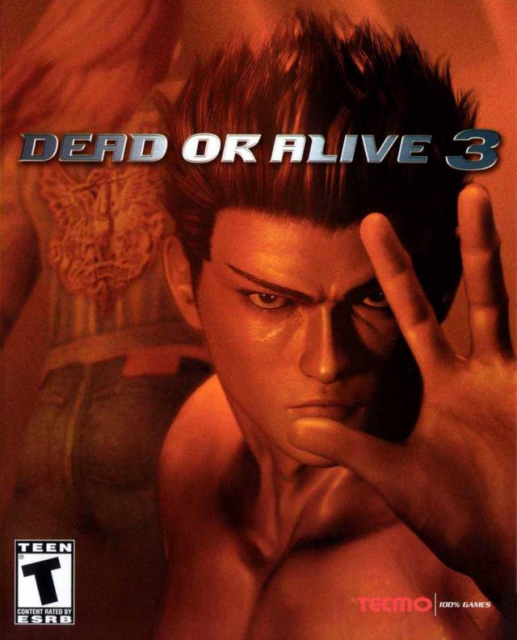