The first game from game director Hideo Kojima after his departure from Konami, Death Stranding is a third-person action-adventure game where the goal is to dredge through a ravaged wasteland to reconnect isolated cities and prevent a mass extinction.

Death Stranding is a sci-fi third-person open-world action-adventure game developed by Kojima Productions and released by Sony for the PlayStation 4 on November 8, 2019.

The first game by the reformed Kojima Productions (now an independent studio unaffiliated with Konami), Death Stranding takes place in the near-future as the world is ravaged by a cataclysmic supernatural phenomenon known as "death stranding", leaving cities isolated and the landscape both barren and plagued with spectral creatures. The game's main plot revolves around creating connections, or "strands," linking isolated survivors and cities to each other in an effort to rebuild society.

The game features the performances (including voice acting, likenesses, and dialogue motion capture) of numerous veteran actors for its central characters, most notably Norman Reedus as the playable protagonist and Mads Mikkelsen as the central antagonist. Other notable actors include Léa Seydoux, Lindsay Wagner, Margaret Qualley, Tommie Earl Jenkins, and Troy Baker. Film directors Guillermo del Toro and Nicolas Winding Refn are also featured, though in likeness only.

At some point in the future, a wave of supernatural phenomena has shattered the bonds that held America together. Most of the population has holed up in their own cities as multiple threats including terrorists, BTs, dead bodies, and a mysterious supernatural rain known as Timefall have all warped the country into something very different. Sam Porter Bridges, a Repatriate with DOOMS, works as a Porter, entrusted with personally carrying containers to various destinations across the country. When a catastrophe wipes out the Central Knot City, Sam is called into action by the last President of the United Cities of America (UCA) to reconnect the Cities across the country and put America back together through the Chiral Network.

Similar to the Internet, the chiral network is a wireless communications network that connects individuals and cities across the UCA. Links to the chiral network can be established by Bridges members to bring more people and locations online.

The chiral network contains many of the features previously introduced by the Internet, like instantaneous communication and data sharing. It also allows for extensive hologram communication (called "chiralgrams") in which multiple people are realistically portrayed in a shared space.

Regions of the map that are connected to the chiral network allows players to see and use player-made structures and signs.

In Death Stranding, players head west across the former United States of America, transporting cargo to fulfill orders and linking people and cities to the chiral network.

During transit, cargo can be damaged by falls, during combat, or, in the case of "chilled deliveries," high temperatures. Players must maintain their balance on rough terrain by gripping the shoulder straps on Sam's backpack, accomplished by holding the triggers. This centers the point of gravity and keeps Sam stable.

To aid in transportation, Sam has access to two types of vehicles. Trikes are fast three-wheel motorcycles that can hold small cargo in addition to whatever Sam has on his back. Trucks are slower but can hold large amounts of cargo and have the added benefit of keeping cargo safe from the weather. With both vehicle types, cargo can be damaged by rough driving.

In addition, players have access to three different types of exo-skeletons. Power skeletons increase the amount of weight Sam can carry. Speed skeletons allow for faster travel on foot. All-terrain skeletons allow Sam to travel faster through terrain that normally slows him down, like snow and mud.

In the world of Death Stranding, a dangerous type of precipitation called timefall occurs frequently. Timefall rapidly ages anything that hasn't been made timefall-resistant, such as the uniforms that Bridges operatives wear. Timefall will age cargo containers after prolonged exposure, weakening their integrity and making the cargo inside more vulnerable to damage.

Sam can carry with him ladders and climbing anchors to overcome obstacles. Ladders can be placed vertically to ascend and descend, or horizontally to cross chasms and deep rivers. Climbing ropes have a maximum length of 30 meters and serve a similar purpose as ladders, but with more flexibility.

Portable Chiral Constructors (PCC) are devices that can print complex structures, including:

PCC structures can only be built in regions connected to the chiral network.

In regions connected to the chiral network, structures, signs, cargo, and vehicles left behind by other players can be seen and interacted with. Everything that previously belonged to another player or, in the case of structures, was built by another player can be Liked to show affirmation and appreciation. Furthermore, cargo that was dropped by someone else can be delivered to its destination.

Players can contribute materials to player-made structures for repairs and upgrades. Similarly, in the Central Region roadways can be constructed at designated points by contributing materials to the associated terminals.

During his travels, Sam will encounter two types of hostile opponents:

Otherworldly foes known as Beached Things, BTs represent souls of the dead stranded in the living world, with the power to cause a Voidout if they consume a corpse in the real world, which can wipe out an entire city in an instant, leaving only a deep crater behind. They are difficult to detect but extremely dangerous. If a BT touches Sam, they will summon several dead corpses to try and drag Sam down with them to the other side. If he cannot shake them off in time, it triggers an event where a massive BT tries to finish him off and the surrounding area turns into a giant puddle of oil.

BTs can be avoided by making Sam hold his breath and sneak around them, or travel outside the oily ground where the BT can't reach him. Later on, Bridges and some of Sam's clients can develop anti-BT weaponry, such as guns and grenades that use Sam's blood to eliminate BTs, or bola wires embedded with some of Sam's blood that can restrain them. At one point, Mama develops an upgrade to Sam's cuffs that lets him cut a BTs umbilical cord to send them on to the afterlife. Though difficult to accomplish, it allows Sam to eliminate a BT in one stroke if he can sneak up on them.

Human enemies who roam outside of civilization, MULEs are obsessed with cargo and will try to knock out Sam to steal whatever he is carrying. MULEs have encampments that can be raided for their supplies. They also drive trucks with open beds that can be hijacked for transportation. However, MULE encampments are surrounded by scanning devices that can ping Sam or his cargo with their own version of the odradek and hunt him down if he gets close. Later on, Sam will encounter terrorists who are similar to MULEs, except these people are not shy about using guns against Sam. Sam cannot kill them and risk triggering a Voidout, and must incapacitate them like normal MULEs.

Sam has several methods at his disposal to dispatch MULEs and other human enemies: his Strand rope can be used to stealthily choke enemies into unconsciousness, or parry melee attackers. The Bola Gun can tie up enemies, leaving them unable to attack. Sam can also make use of non-lethal guns or stun grenades to take down enemies from afar. 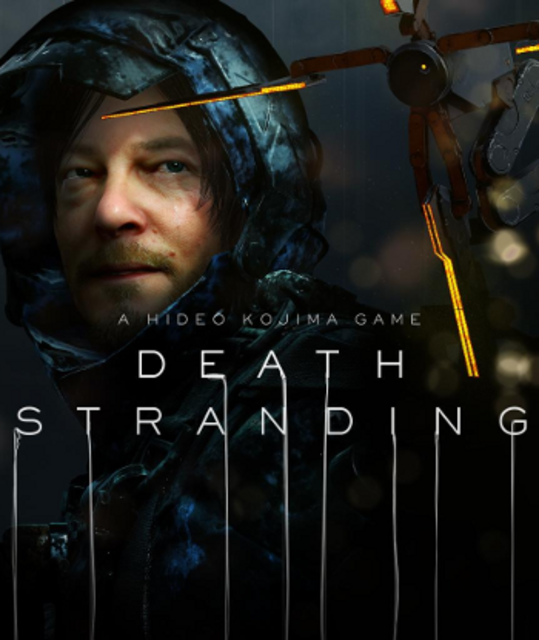