A nautical trading board game for the Super Famicom.

Shounin yo, Taishi o Dake!! ("Merchants, Be Ambitious!") is a resource-management virtual board game for the Super Famicom that is concerned with privateers and merchant vessels. Similar to the games of the Jinsei Game series, or Monopoly adaptations, the player must earn a fortune while weathering random events that can often cause positive and negative affects to their progress, including fluctuating values of cargo types and the seaworthiness of their vessel.

The game's title is a play on words on the common Japanese saying "Shounen yo, taishi o dake!", or "Boys, be ambitious!", spoken by the American scholar William Smith Clark after helping to found the Sapporo Agricultural College in the 19th century. It later became a famous motto for the region of Hokkaido. 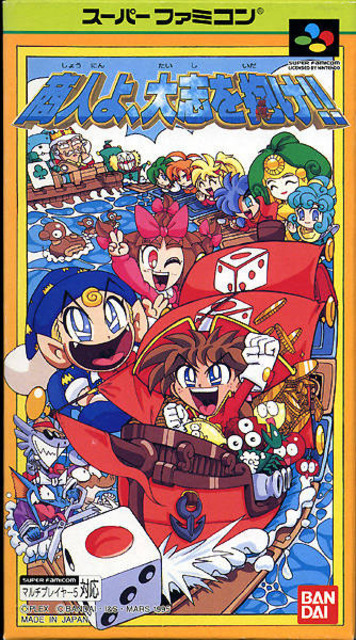