A baseball game for the PC Engine and the sequel to World Stadium, a spin-off of Namco's Family Stadium "Famista" series.

As with the Famista games and its World Stadium predecessor, the game depicts its baseball players as super deformed characters and focuses on Arcade-style gameplay rather than a serious simulation of the sport. The player can still customize teams before games, and there are options for up to four human players to compete. The player can also choose to watch two CPU opponents challenge each other. 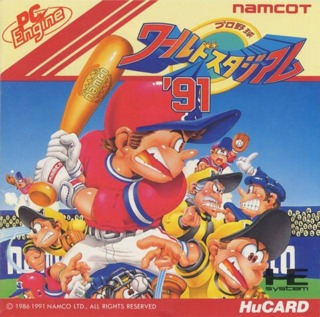