Diddy Kong Racing DS is a kart racer developed by Rare and published exclusively for Nintendo DS in 2007. It is a remake of Diddy Kong Racing, which was originally released a decade prior on Nintendo 64. Certain gameplay and design aspects were updated for the DS version, including minor changes to track layouts, as well as the additions of a new soundtrack, Nintendo Wi-Fi support, vehicle customization, a track editor, and new power-ups.

The newer release also brought changes to the roster of playable characters. Due to Rare's departure as a Nintendo "second-party" developer and subsequent acquisition by Microsoft Studios in 2002, the two Rare-owned characters Banjo and Conker were replaced by two Donkey Kong characters, Tiny Kong and Dixie Kong. Wizpig and Taj were also made playable in the DS version.

Diddy Kong Racing DS was the first of only two Rare-developed titles for DS, the second being Viva Piñata: Pocket Paradise.

The main feature of Diddy Kong Racing is its adventure mode. In this mode players must win races though 5 different worlds and collect golden balloons to advance through the game. In between, the DS version offers new challenges set by Taj the elephant. One of them has the player using the microphone to blow out torches in a set amount of time and another has players popping balloons, using the DS touch screen. The game also features a new coin system. Coins are spread around courses and the player can collect them and use them to buy or unlock new items in the game.

The game offers Single-Card wireless play, Multi-Card wirless play and an online mode, through the Nintendo Wi-Fi Connection. In multiplayer, players can race, have a battle or play a Wish Race (custom track maker).

Throughout races there are different colored balloons that players can hit. These give the player a weapon which they can use to help them win the race. The more you collect of a specific colored balloon, the better your weapon will be.

The DS version also features a new item called a Power-Up Token. These are scattered around tracks and once collected will upgrade your current weapon. 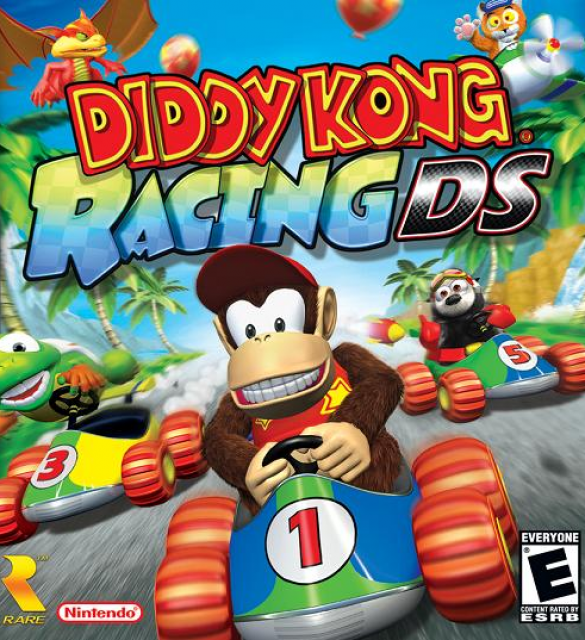