A horizontal shoot 'em up with a surreal edge. A group of evil eyes have stolen parts of the Sunheart, and the player needs to recover them.

Bouken Danshaku Don: The Lost Sunheart ("Adventures of Don Baron: The Lost Sunheart", roughly) is a horizontal shoot 'em up exclusive to the PC Engine. The game's plot concerns the titular Sunheart device, which is broken into several pieces and spirited away by a group of malicious eyeball enemies. The hero, in a series of vehicles, takes down each of the boss creatures that are protecting a piece of the stolen Sunheart.

The game is distinct among shoot 'em ups for allowing players to keep their power-ups after dying. This does not mitigate the game's difficulty, as it has some very strict checkpointing and many enemies with difficult-to-avoid homing shots. The game's surreal sense of humor comes through with its bizarre bosses, in some way invoking the flamboyant Cho Aniki series. 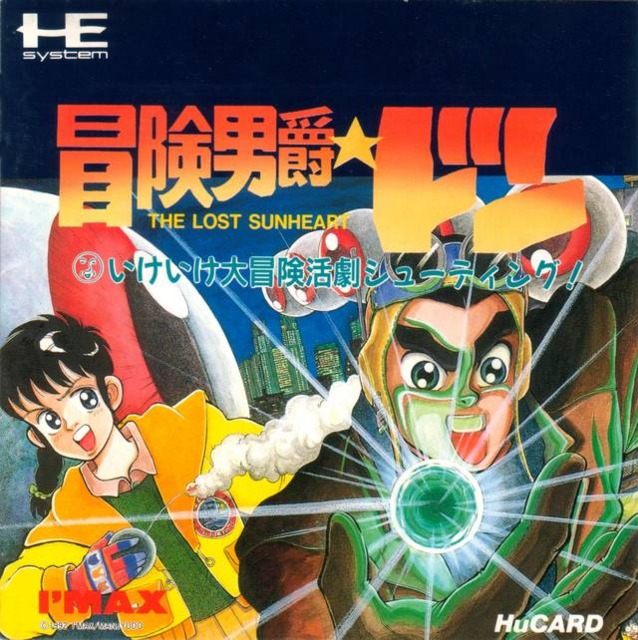