Defender of the Crown

Set in Medieval England, Defender of the Crown revolves around a Risk-like gameplay. It also features action sequences such as sword-fighting raids, jousting matches & sieges involving catapulting at enemy castles.

Defender of the Crown is a Strategy game set in Medieval England. The player takes control over a young Saxon man (either Wilfred of Ivanhoe, Cedric of Rotherwood, Geoffrey Longsword or Wolfric the Wild) wishing to become the King of England after the previous King (King Richard) is murdered by a Norman traitor, and the crown has been stolen. After being recruited by Robin Hood to fight for the good of the country, the player starts out with only one castle and ten soldiers and must build up his force to take back the crown and avenge the king's death by fighting against several Norman factions.

The main gameplay revolves around a Risk-style board of England in which players defend their territories from the Norman Factions, and partake in ruthless conquest in a bid to take over their territories. Amassing larger bands of troops increases the players chances of success. Many territories contain enemy castles. Upon launching an attack on a castled territory, the player must lay siege to the enemy castle by firing boulders at the castle wall from a catapult. The player can also decide to raid enemy castles for loot, which he can then use to strengthen his forces.

In addition to this primary gameplay, several side-missions exist, including:

Upon successfully completing the game (by defeating all the Norman factions) it is revealed that it was in fact Robin Hood who stole the crown. He did this in order to provide the hero a platform to prove their worthiness to become the new king of England. Robin returns the crown to the hero who is crowned king, and everyone lives happily ever after.

Defender of the Crown was released on many different platforms. The main differences between platforms were the huge graphical differences. The Amiga version boasted the most technically proficient graphics and was heavily praised as one of the best looking games in 1986. The ports to the NES and DOS were the least graphically desirable versions of the game due to the limitations of the hardware.

Some gameplay differences also existed. The original Amiga version was rushed due to financial constraints on the developers, so several planned features (most notably attacking options such as flaming projectiles for the catapults and disease-based attacks) were absent from the final product. These features were included in some of the later ports of the game, including the Atari ST version.

CD-I Don't Know About These Games, Man
Sinbad and the Throne of the Falcon Joan of Arc: Siege and the Sword Kingmaker North & South Conqueror: A.D. 1086 Lords of the Rising Sun Centurion: Defender of Rome Archon: The Light and the Dark 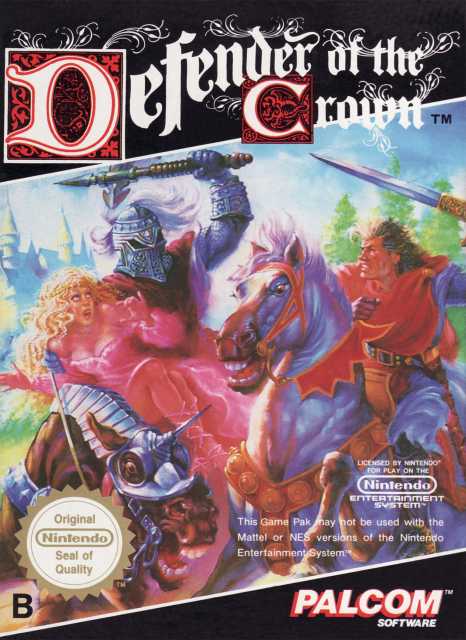