A psudo-3d space shooting game for the Famicom.

In 2089, earth comes into contact with an advanced alien species, the Baal. Anticipating a conflict, defense forces create the advanced fighter ship, the tetrastar. The next year the Baal construct a warp gate near the moon, and for a time there is peace, but soon the alliance is broken and the Baal invade. The Tetrastar is brought out of mothballs, and you are send to fight and warp to the galactic center to destroy the Baal once and for all. 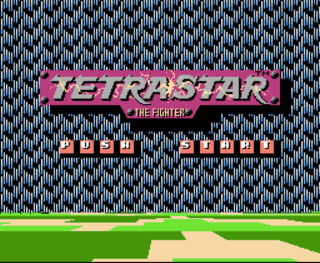