Q Boy is a platformer for NES.

Q Boy (or as the title screen reads, "Q-Boy"), is a platformer game released for the NES by Thin Chen/Sachen. Superficially, it resembles games in the Kirby series due to the character design and powers, but it is significantly different in many ways. Q-Boy has limited ability for his breath/fart, and must wait for the meter to recharge before he can perform any movements of the sort again.

The story concerns the villainous Dr. Mouse stealing an item called the Rainbow-Flower, which Q-Boy attempts to retrieve.

Chen, the main character of Sachen's Jurassic Boy, makes a cameo appearance in the game's ending. 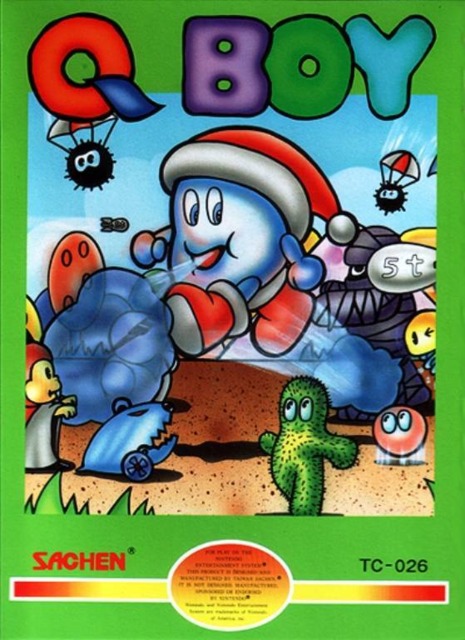