A compilation of card games for the Super Famicom. This sequel has an even greater number of traditional card games.

The sequel increases the number of card games from seven to ten. These games include, in counter-clockwise order on the main menu:

Each card game also has a distinct visual theme. For instance, Rummy uses neon signs like Las Vegas, while Sevens has an aquatic theme. 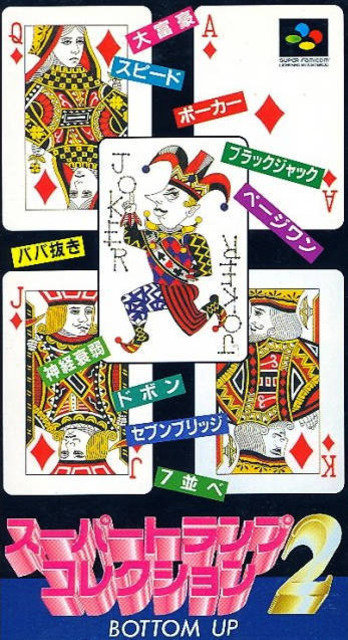