A sci-fi strategy game and the follow-up to War 2410. Centuries after the last conflict, humanity faces a new enemy in the indomitable Kyllen Empire.

War 3010: The Revolution is a turn-based strategy game and the follow-up to War 2410. It was exclusive to the North American SNES, released a year after the original. The story sees humanity as the canonical victor of the last year, but has in the centuries since been conquered and enslaved by the technologically superior Kyllen. As the game begins, the human race has prepared their best shot of liberating themselves and defeating the Kyllen.

The game shifts the action to space, with the player maneuvering squads of starfighters and spaceships against enemy forces of same. Rather than the cutaways that the former used, units exchange damage from a first-person cockpit perspective. 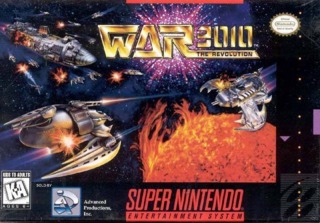