An isometric action RPG that takes place in and below the town of Tristram. Gothic fantasy weapons and spells are used to defeat hordes of monsters from hell through randomized dungeon levels, continuously gaining experience points, gold, and a variety of equipment to bolster the hero's monster-killing potency along the way.

Released in 1997 for the PC (and later the original PlayStation), Diablo is a dark, gothic-fantasy game blending RPG and elements from Arcade games, such as the original Gauntlet, to create a modern style of action-RPG where the player was often tangling with huge numbers of enemies at once.

The original game was known for endless mouse-clicking "hack and slash" action in a single dungeon consisting of 16 levels. The dungeon is located under the town of Tristram, a sparsely populated town that consists of 6 NPCs who serve primarily as shop keepers to buy and sell adventuring equipment to the PCs and give out the occasional quest. Critics of the game will point to this lack of interaction within the game and the focus on mouse-clicking, killing things and taking their stuff as weaknesses in the game, while fans of the game will point to these same elements as the core of the gameplay's lasting appeal. Owners of the game could create a "spawn" version for their friends to use. The spawned version was mostly an extensive demo.

Diablo was both popular and influential, spawning a number of sequels and spin-offs, including Diablo: Hellfire, a licensed add-on to the original game produced by Sierra Entertainment rather than the original development team of Blizzard North.

Diablo has three character classes available for play, each with their very own character attributes, traits and specializations:

Still, a Warrior could concentrate on Magic and become reasonably proficient in its use, a Sorcerer could work on Strength to wear heavy armor and so forth, allowing a player a great degree of flexibility in tailoring their character to their preferred play-style. This was one of the many game elements that increased re-playability.

Diablo also features an extremely diverse array of magical equipment, with magic items being powered by a prefix and suffix. Since the power of each prefix and suffix is variable and they could be found in any combination, this led to a stunning variety in type and power of equipment. There are also extremely rare unique items that had individual names, a unique appearance and abilities that were not found in normal items.

Since these items are generated randomly as they are dropped in the game, a player is never sure what item could be in the next chest or held by the next monster. Indeed, a player could continue to play the same character, moving to a higher difficulty level with the same character, where the monsters would be more powerful but would drop items of increasing rarity.

Spells are used to cast magic which is important due to how frequently they are used throughout the game. They are not character dependent and are often found in spellbooks, staves and scrolls. Each class has its own unique spell as well.

A distinct component of Diablo is that its dungeon maps were randomly generated every time a player started a new game. Because of this, it was impossible for a player to have an advantage in a second or third game by remembering where quest objectives were. This required each new game's dungeon to be mapped anew (which the game assisted with through an auto-map feature), meaning the player never knew where critical quest objectives or opponents could be found.

In addition to the level randomization, many other aspects of Diablo's gameplay could change from game to game:

In March 1998, Electronic Arts released Diablo for the PlayStation. The PlayStation version lacked the key component of being able to go online. The workaround was to allow two players the ability to play on the same screen at the same time, something the PC version lacked. However, save games for Diablo were very large; a single save game could take as many 10 blocks on a PlayStation memory card.

A final element of the game that increased its longevity was the free multiplayer component, available through Blizzard's Battle.net servers.

As a multi-player game, Diablo's gameplay changed radically and resembled what we today would recognize as a Multiplayer Online RPG or MORPG. In fact, Diablo and Ultima Online could be seen as the two games that most strongly influenced the most popular online games of all time, Everquest and Blizzard's own World of Warcraft.

In multi-player, players could team up and the number of players in the dungeon made creatures more powerful. Item drops were also increased based on the size of the player party. Many elements of the modern MMORPG were introduced into this environment, such as player to player economies, where rare items were bartered or bought with enormous sums of gold.

Another unfortunate element of MMOs was introduced here, with players cheating to gain a competitive advantage over other players, or to get the rarest of the rare items. Blizzard's experience running Battle.net and managing both the economy as intended but also cheating was to prove invaluable in their development of World of Warcraft.

Diablo inspired a host of imitators who sought to recapture its addictive, simple gameplay. The most important of these are probably Baldur's Gate: Dark Alliance and its sequel on the PS2. Other games to follow Diablo in the Action RPG genre on consoles include Champions of Norrath and its sequel Champions: Return to Arms, which were Action RPGs set in Norrath, the world of the popular MMO EverQuest.

The action RPG was adapted to other non-fantasy themes and settings as well. These include the super-heroic X-Men Legends, X-Men Legends II and especially Marvel Ultimate Alliance all three of which are set in the Marvel Comics universe.

The Fallout RPG series tried their own version of a Diablo-style action-RPG with the Brotherhood of Steel game for the PS2.

The action RPG has also returned to its PC roots with games such as Titan Quest, Fate & Torchlight, a modern attempt to recapture the magic of Diablo on the PCs.

Diablo was widely praised by critics, with a Metacritic average of 94. Many critics gave the game perfect or near-perfect scores. Notably, Computer Gaming World, an influential game review magazine for PC games gave the game a perfect score of 100.

Game review site Gamespot gave the game a 9.6 which makes it one of the highest-rated computer games in the history of the site.

The soundtrack for Diablo was composed by Matt Uelmen. 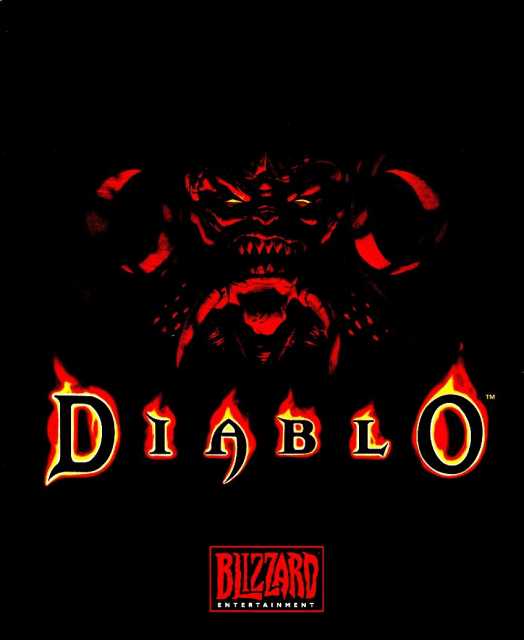