Sequel to the acclaimed 1995 action game Crusader: No Remorse. This game streamlined the formula by removing the area between missions and the ability to buy items and weapons instead moving the player directly from mission to mission.

Set 46 hours after the end of Crusader: No Remorse, the silencer's escape pod is picked up by a WEC (World Economic Consortium) freighter headed for a labour camp mining colony on the moon. On this moon political rebels and members of the Resistance are forced to mine Di-Corellium, a compound known to be radioactive; the WEC use it as an energy source on earth. The moon holds half of all known supplies of Di-Corellium and if supply from the moon were stopped it would cause serious problems for the WEC.

Once on the moon the silencer makes contact with the Resistance and helps to instigate a rebellion, in an attempt to cause a major blow to one of the WEC's most important operations. The game spans 10 missions across various areas of the moon base, some of which similar in style to the missions from No Remorse, culminating with a showdown with the mastermind from No Remorse, Chairman Draygan. The game ends with the WEC moon base being destroyed and the Resistance taking over the mining operations.

A third game was meant to continue from this storyline with multiplayer elements planned, but the game was cancelled early in its production.

The gameplay is identical in style to that of Crusader: No Remorse, it is played from a top down, isometric perspective featuring the same destructive environments that made the first game famous. Visually the graphics are identical although many of the animations were improved when the silencer and enemies changed stance or action. Some new death animations were included as some new weapons were introduced to the game.

The game features the same display bar at the bottom of the screen as No Remorse but with different artwork showing the currently equipped weapon, how much ammunition you have remaining, the currently equipped item, health, and shield strength. Health was again provided by medical kits or through special devices as was shield recharging.

The game controls also remained the same with players having full 360 degree control of where the silencer was aiming with the option to use either just the keyboard or a keyboard and mouse.

The game again featured 4 difficulty levels with the name for each given a twist on the standard easy, medium and hard labels. It also featured many of the enemies and weapons from No Remorse, with a few new ones added in.

Guard: This is the most basic force in the WEC forces. Lightly armoured and carrying light weaponry they are easy to defeat.

Soldier: These forces have full body armour and carry automatic rifles as standard, compared to the basic guards. They are still a relatively poorly trained force.

Stormtrooper: These are elite guards that were chosen due to their high levels of weapon skill and loyalty. They often carry light energy weapons.

Elite Stormtrooper: The elite stormtroopers were chosen from the best of the soldiers and wear a modified version of the stormtrooper armour, capable of deflecting some light energy projectiles. They also carry heavier energy weapons.

Enforcer: These are the body guards of mid to high ranking WEC personnel. They are well armoured and can carry a range of weaponry.

HQ Elite Guard: Next to the Silencers these are the most highly trained forces the WEC has. They protect the most important members of the WEC and have armour capable of protecting against almost any weapon.

These are the special forces of the WEC army. Used for covert operations and assassinations they are capable of using any weapon and have armour that can deflect a direct hit from any weapon when fully charged. You never actually come up against any other silencers during the course of the game.

MS-40 Roaming Susan: The first and most basic servomech this one is slow, lightly armoured and lightly armed. Easy to defeat but used widely.

AP-4210 Thermatron: The first weapons platform designed this one is light and agile, it is capable of carrying various forms of light and medium weaponry.

AP-4400 Thermatron: The upgrade of the AP-4400 this weapons platform featured the same agility but with improved armour and the capability to hold heavier weaponry.

AP-4210 Vetron: This was the first weapons platform designed for security use. It is well armoured and capable of holding different forms of medium and heavy weaponry.

AP-4400 Vetron: The upgrade of the AP-4210 this is similar to the two Thermatron models in that it is essentially the same as the AP-4210 but with better armour.

AP-5100 Cryotron: Carrying a BK-16 Crystallizer this is an advanced weapons platform capable of ‘freezing’ its targets.

AP-5200 Solartron: In an opposite fashion to the Cryotron this weapons platform carries a UV-9 Microwave Projector capable of ‘melting’ its targets.

This is the most advance weapons platform. Designed for stealth purposes it is capable of disguising itself as other objects around it.

SG-A1 “Conformer” Shotgun: A standard shotgun this is ideal for quickly dispatching groups of human enemies.

AC-88 “Reaper” Riot Gun: This is a more advanced version of the SG-A1 being able to fire twice as fast with devastating effect.

AR-7 “Rico” Rocket Launcher: Firing 3 rockets at once that spread out this weapon has some heavy firepower; it is also capable of destroying doors eliminating the need for a keycard in some situations.

GL-303 Grenade Launcher: This is a pretty standard grenade launcher.

BK-16 “Crystallizer” Molecular Inhibitor: This weapon stops molecules from moving in a controlled space, effectively freezing an enemy target and allowing them to be shattered.

LNR-81 “Liquefier” Catalytic Cartridge: This gun contains a form of acid which can break down molecular bonds reducing human targets to a pile of dust almost instantly.

PA-31 “Adjudicator” Laser Rifle: This is a standard laser rifle, good for most situations due to a high rate of fire.

PL-1 “Unifier” Plasma Rifle: This is the only plasma based weapon in the WEC arsenal and is capable of disintegrating enemy targets.

Firing a highly concentrated microwave burst this weapon is capable of melting the skin off of a human enemy target. 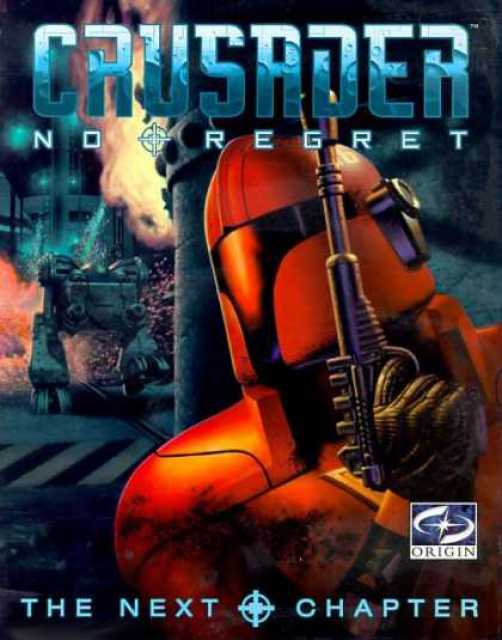