Dyna Brothers is a 1992 strategy game for the Sega Mega Drive released exclusively in Japan. It was followed by Dyna Brothers 2.

Dyna Brothers is a real-time strategy game first released exclusively on the Japanese Sega Mega Drive, though was later ported to the Japanese Wii Virtual Console. The game's story concerns a battle between the native dinosaurs of planet Earth and an invading alien species, as told by cave paintings.

It saw a sequel, Dyna Brothers 2, the following year.

Each map starts with the appearance of the alien UFO and the player's "egg" (which work as each side's respective HQs), after which the player can start summoning dinosaur units as long as they have the energy to do so. These units include:

In addition, the energy generated by the herbivores can be spent by the player to generate beneficial weather conditions, such as causing rainfall to produce more plantlife for the herbivores to eat or environmental disasters to deter the aliens. 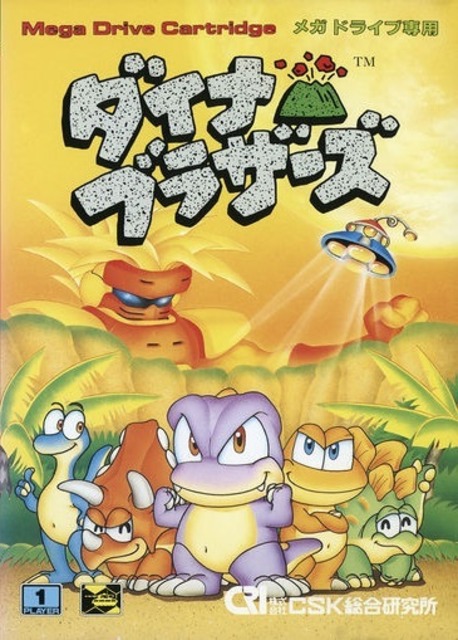