The first video game entry in the Front Mission franchise. Wanzer forces from the USN and OCU clash over Huffman Island, with the protagonist Royd Clive caught in the middle.

Front Mission is the first video game in the Front Mission franchise. Released on February 24, 1995, the game was a distinctive title in the turn-based strategy and RPG markets in Japan. Set in a near-future version of the planet Earth in the late 21st century, Front Mission's storyline weaves a complex tale of military, political, and technological conspiracy, all centered around a major conflict set in a fictional Pacific Ocean island known as Huffman Island. A central focus of this is the inclusion of mecha known as "wanderpanzers" (German for "walking armor") or "wanzers" in short. This tale was the first of many that would later be revealed as small parts of an overarching serialized storyline running through numerous Front Mission titles.

Front Mission received a direct port for the Bandai WonderSwan Color on July 12, 2002 in Japan. This port came with no new features other than the ability to speed up the battle sequences. One year later, a remake of the game titled Front Mission 1st was released for the Sony PlayStation on October 23, 2003 in Japan. This remake had many changes and additions, the most notable of which was a second campaign to play the game through. Front Mission 1st would later get an enhanced port on the Nintendo DS, with even more changes and additions to the game. This version of the game was the only one to be localized into English and was released in North America on October 23, 2007.

The story of Front Mission is set on a near-future Earth in A.D. 2090. In the early 21st century, a global recession and other worldwide crises forced many nations to set aside their differences and form large regional entities known as supranational unions. These large super-states heralded in what was called the "globalization revolution", as many people around the world were willing to move past national boundaries to work for the greater good of mankind. However, it would not be long before new wars and conflicts were fought between the supranational unions and their member states.

In 2070, a war breaks out between the Oceania Cooperative Union (O.C.U.) and the United States of the New Continent (U.S.N.). This war was triggered by territorial and natural resource disputes on a new Pacific Ocean island known as Huffman, as both super-states had colonized the island a few years prior to the conflict. After the war ended in 2072, a border was formed by the Mail River located in the center of Huffman. An uneasy peace was kept in the following years, but this would not last long.

By 2086, a series of disputes across Huffman Island known as the Huffman Crisis leads both the O.C.U. and the U.S.N. to begin war preparations. Tensions began to rise and by 2089, the two super-states started to recruit mercenaries from all over the world to guard their borders at Mail River. An attack on a U.S.N. munitions plant in the Larcus District on June 3, 2090 becomes the catalyst for what would later be known as the 2nd Huffman Conflict.

Front Mission is a turn-based strategy game, designed to resemble to Intelligent Design's Fire Emblem series. The camera is angled isometrically on a grid-based map where characters are placed. Each round plays out beginning with the player acting first, followed by the opponent. Players move all of their characters in their turn. When characters engage in combat, the game shifts to another screen. Players choose the weapon they wish to use or the action to take if on defense. Then, in turn, each wanzer will take their action. Each wanzer has 4 health bars, two small bars for each arm, and two large bars, one for the body, and one for the legs. If an arm is destroyed, whatever the wanzer was carrying in that arm becomes unusable. If the legs are destroyed, the wanzer's movement is greatly limited. Finally, if the body is destroyed, the wanzer becomes inoperable.

In between combat, players can customize their wanzers. The game's stores offer a variety of wanzer parts to beef up the player's units. There are a variety of weapons, bodies, legs, CPUs, and other items with which to customize. Each wanzer is limited by the supply of power it has, and its weight. The player cannot overload a wanzer with too many weapons, as it will surpass the allowed power. There are upgrades to power, but it is never unlimited. There are a variety of weapons in the game, melee, short-range, and long-range. Wanzers can simply punch with their arms, use hand-mounted melee weapons, shotguns, flamethrowers, machine guns, rifles, and the long range missiles. Each arm can carry one weapon, and a long range weapon or a shield can be place on the shoulder. There are also a number of options for the wanzer's legs and movement. The most common options are legs, but wheels, treads, and hover types are also available.

Missions in the game are varied from taking out all opponents, certain opponents, escort missions, defense missions, and more. 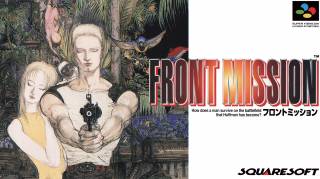