The sequel to the Etrian Odyssey-esque dungeon crawler spin-off of the Persona series. It'll feature the entire cast of Persona 3, 4 and 5, including 3's female protagonist.
Nintendo 3DS Nintendo 3DS eShop

The game will play very similarly to the original Persona Q, retaining the first person dungeon crawling akin to Atlus' Etrian Odyssey series. The main motif of the game's overall setting seems to be based on the world of cinema.

The story begins with The Phantom Thieves exploring Mementos, which suddenly leads to the Morgana Car losing control. They find themselves transported into an unknown dimension. Here they face new shadows they haven't seen before, and holed up in a strange movie theater. They meet a black-haired woman named Nagi, and the dejected looking girl called "Hikari" who appeared in the game's debut trailer. Much like the Clock Tower of the previous game, the movie theater attracts Persona users like the Thieves. The second trailer also showed what appeared to be Kamoshida from Persona 5, implying that the story might have a more direct connection to the mainline titles than before.

With the presence of Goro Akechi in the party, it seems to imply that the story of the game will take place during Persona 5's culture festival. It's very likely to be the case for Persona 3 and 4 as well with the appearance of certain characters.

In terms of dungeon crawling, and combat, the game plays the same as its predecessor and Etrian Odyssey counterparts. There will be 28 characters in total to pick from in your party. It is possible to do multiple partner combinations during combat, and the Persona variation of the Press-Turn System is still around in Q2. Although the sequel's system has been built with a bigger emphasis on "tactics". What exactly that means is still unknown as of yet. 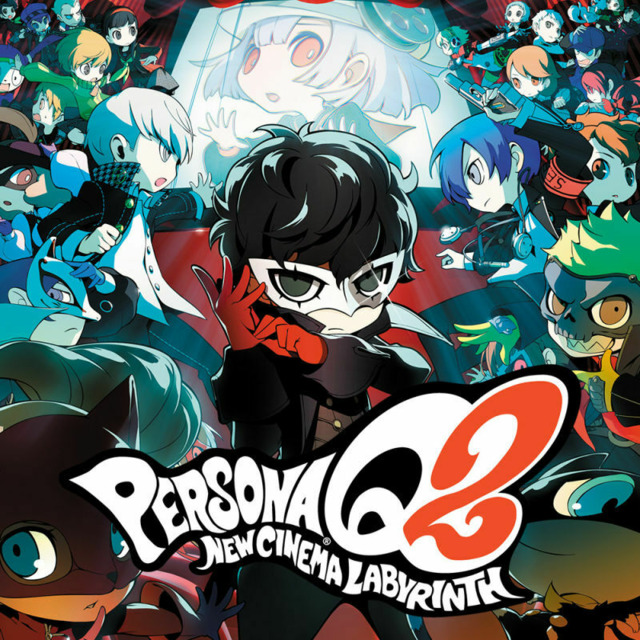