An action platformer that follows King Knight's journey to join the Order of no Quarter. This is the standalone version of the new campaign that also will be released as a free update to Shovel Knight: Treasure Trove.

Staying true to the traditional Shovel Knight theme, King of Cards is predominantly an 8-bit 2D side-scrolling platformer. However, unlike previous campaigns, it will also feature a brand new in-game card battling system.

Shovel Knight: King of Cards will contain the following features:

Yacht Club Games have confirmed that long-standing Shovel Knight composer Jake Kaufman will be working on the King of Cards soundtrack. 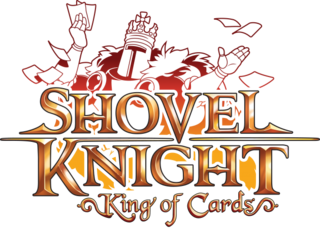