Sega's second arcade adaptation of the puzzle game Tetris brings a new puzzle element, as players attempt to clear the flashing blocks of each playfield.

Flash Point is a falling-block puzzle game developed and released by Sega for arcades (using Sega System 16 hardware) in Japan in 1989.

Based on Sega's arcade adaptation of the original Tetris, Flash Point builds on the traditional Tetris formula with a new round-based puzzle element: each round has pre-filled playfields with some blocks flashing, and clearing out the flashing blocks wins the round.

Unlike Sega's previous Tetris game, players are no longer scored by clearing lines. Along with "soft drops", they earn points for completing rounds as fast as they can. Players can start from any of the first 90 rounds and, once completing a round, can choose the next round to play (+1, +3, +5, or +7) until they complete the 100th round (which ends the game). Each round has a certain amount of bonus points when cleared, and the game tracks not only the number of overall attempts for each round, but the amount of completions and the fastest completion time. Two players can play simultaneously, similar to Sega's previous Tetris game.

The game also features some of Sega's arcade mascots (such as Flicky, Opa-Opa, and Alex Kidd) as they begin each round with "Good Luck!".

This version of the game, as well as an unreleased Mega Drive version, was later bundled with their other Tetris games at the time in the 2007 Japanese PS2 compilation Sega Ages 2500 Series Vol. 28: Tetris Collection. 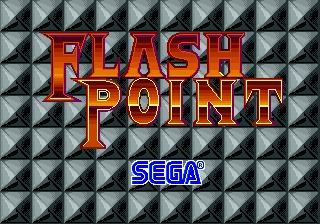