A comedic stealth "slapstick" game where it's a beautiful morning in the village and you're a horrible goose.

Untitled Goose Game (known in Japan as Untitled Goose Game: Itazuragachou ga yattekita!, the sub-title loosely translated to "Here Comes the Mischievous Goose!") is a comedic 3D top-down stealth-action game developed by House House and published digitally by Panic for the Nintendo Switch, PC, and Mac on September 20, 2019. It was later released for the Xbox One and PlayStation 4 on December 17, 2019. The personal computer (PC/Mac) version was initially released as a timed exclusive on the Epic Games Store; its release on Steam and itch.io is expected in late 2020. 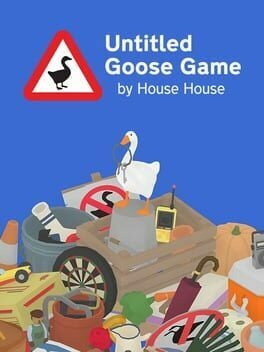