An adventure game with light RPG elements based on a manga and anime about a group of forest creatures.

Katte ni Shirokuma, or Famicom Doubutsu Seitai Zukan! Katte ni Shirokuma: Mori o Sukue no Maki!, is a menu-based adventure game for the Famicom based on a manga and anime about a group of forest animals, the main protagonist of which is an albino Japanese black bear commonly mistaken as a polar bear.

Unusual for adventure games of this era, the player traverses the world via a top-down perspective more common to RPGs. The characters also have their own HP and "IQ" stats, which play a greater role towards the end of the game. 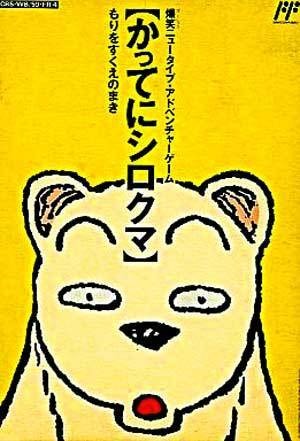