The Lord of the Rings: The Battle for Middle-earth II - The Rise of the Witch-King

This expansion pack to The Battle for Middle-Earth II offers more than a lengthy title with a whole new faction and numerous other gameplay changes. Middle-Earth is threatened by the Witch-King of Angmar, and war ensues.

The story follows the evil Witch King, also known as Lord of Nazgûl, and his road for domination. Unlike LOTR: Battle for middle earth 2, the campaign only expands through the evil campaign and The Witch King's rise over middle-earth and the fall of Arnor, instead of a good and a evil campaign. You will control Angmar, a new faction from the hills up north, and along the way you will meet different challenges, new units, buildings, locations and new heroes you never seen before in the films. That's because the story covers everything that happend after the defeat of lord Sauron, but before the films, where Gandalf visit the Hobbit Frodo in the Shire.

The faction you control in the campaign are the new faction called Angmar. You can also play this in every other modes, like skirmish, multiplayer and war of the ring, raising the playable faction number up to seven. Angmar brings with itself new heroes, units, buildings and powers giving the player a totally new way to play the game.

Also added in the expansion pack for all factions, except Angmar, are mini-heroes, or elite-heroes. These type of units can be built in a regular/production building, i.e Barracks, but there are very few in each pack, making them an easy target if left alone. They will level up, make a lot of damage and can make other benefits for you and your army.

An overhaul for all existent factions was also included:

Men of the west 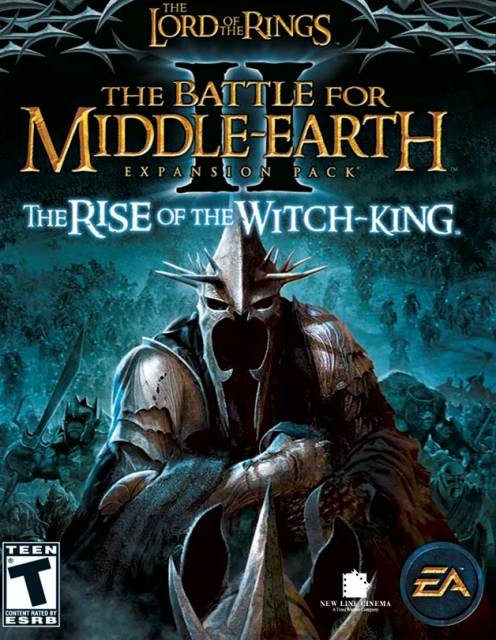