After many long years of ninja training, you are finally ready for the most difficult test of all... nine holes of Ninja Golf!

Ninja Golf is a comedic 2D side-scrolling beat-'em-up developed by BlueSky and published by Atari for the Atari 7800 in 1990.

The game includes three stages of play: actual golfing (which is simplified and uses the top-down map), running towards the ball lie (while fighting enemies in different environments), and completing the hole (by running on the green and battling a large dragon with shurikens in a third-person over-the-shoulder perspective). Players are scored by defeating enemies and completing holes with low amount of swings. 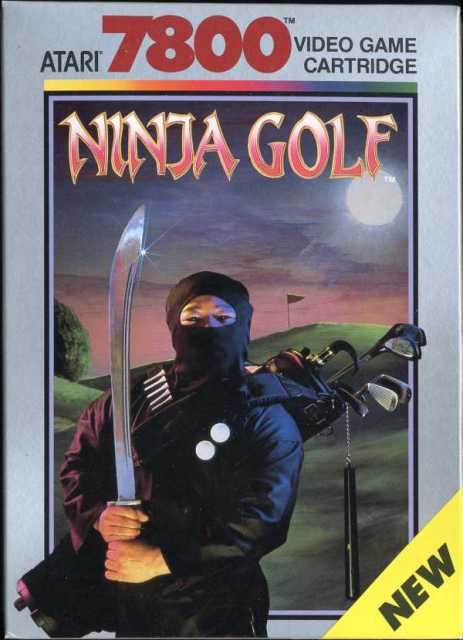