A management simulation game from Bullfrog in which the goal is to take control of an amusement park and try to make it as successful as possible.

Theme Park is a simulation management game in which the player attempts to build a famous and financially successful theme park. In order to do so, they have to purchase new rides, restaurants and other amenities as well as hiring park staff and keeping abreast of concerns like litter, bored people waiting in lines and squeezing the maximum amount of profit from their parks.

Theme Park made its debut on the PC (via MS-DOS) and Amiga home computers. It would eventually be ported to Sega Genesis, Super Nintendo, Atari Jaguar and CD-based systems like the Amiga CD32, PlayStation, Sega Saturn and 3DO. The MS-DOS CD version featured Full Motion Videos of some of the rides.

The game was also remade for the Nintendo DS in 2009 by EA Japan and on iOS around the same time. The PlayStation version was later rereleased on the PlayStation Network. Theme Park was followed by two sequels: Sim Theme Park/Theme Park World and Theme Park Inc/SimCoaster.

Like most management games, Theme Park starts the player off with a plot of land that they have to develop. The player can build many things found commonly at an amusement park, such as roller coasters and Ferris wheels, all of which can attract more customers. Players are able to set prices, hire new staff and generally maintain the plot. The aim of the game is to make the theme park as valuable as possible so that it can be sold and a new plot can be bought somewhere else in the world. The player then starts to make a new theme park and the process is repeated. 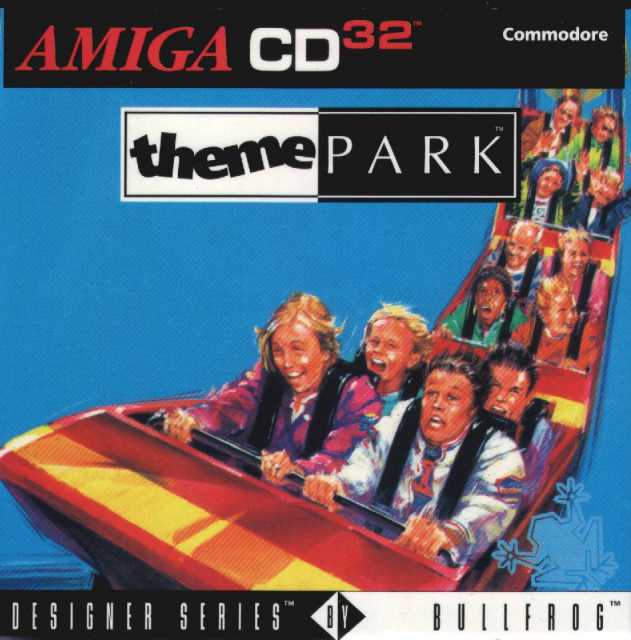