Madden NFL 2006 is the 15th game to be released for this franchise. It's also the "Year of The Quarterback." Donovan McNabb is on the cover of this games box. This is also the first year of the Hall of Fame game mode. The game mode features the player creating one person and taking that one player throughout his whole career making decisions that affect his field time and what -not.

Due to a 2004 licensing deal between the NFL and Electronic Arts, Madden '06 was the only football game in 2005 to feature NFL properties and players.

Madden '06 marked the first appearance of the following features:

While controlling the passer on a passing play, a cone of light is displayed in front of the quarterback. This simulates the QB's vision. Passes made to a receiver in the cone will be accurate. Passes made to a receiver outside of the cone will be much less accurate, simulating a no-look pass. The cone of vision can be controlled by either pressing the right joystick left and right, or by choosing a specific receiver to look at. The size of the cone depends on the Awareness stat of the player throwing the football: the more AWR, the wider the cone.

Lets the user create and take control of an NFL rookie. The user controls all aspects of the player's career, including hiring an agent, giving interviews, and, of course, playing football.

A version of Madden 2006 was released for Xbox 360 on November 17th, 2005. This release included next-gen graphics and updated team rosters.

Although it was released almost 3 months after the initial release, it lacked many of the features available in the Playstation 2 and Xbox versions. Player editing was removed, Franchise Mode was significantly reduced, and challenges could no longer be issued during gameplay.

The graphics engine would serve as a basis for future releases made on next-gen consoles. 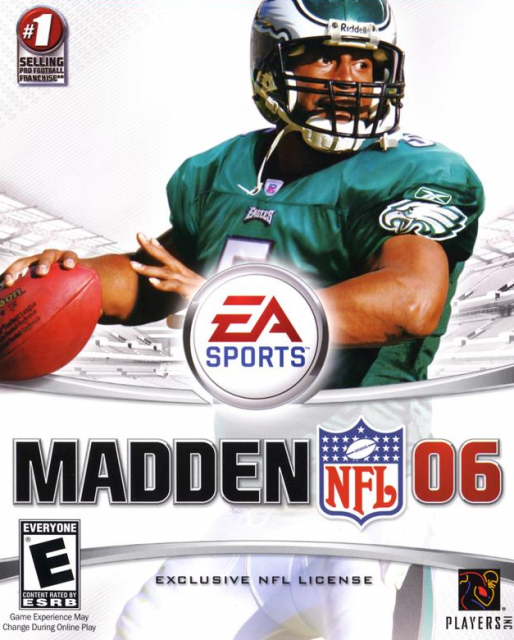