Zen, an alien ninja from the planet Baltoon, does battle with the evil Lord Contaiminous to stop him from polluting the Earth's environment.

Zen: Intergalactic Ninja is a side-scrolling action game based on the comic book superhero of the same name. Zen, true to his name, is a ninja from the distant planet of Baltoon who fights for the highest bidder. In this adventure, he is stopping the Lord Contaminous from destroying the Earth's environment, fighting through his lieutenants through a series of stages. The first four stages can be tackled in any order, though the final stage only becomes available after the previous four are complete. 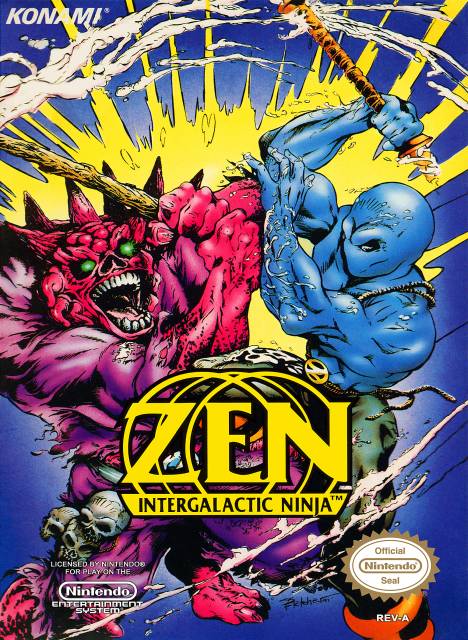