Painkiller is a fast-paced first-person-shooter that hearkens back to the early years of shooters. Telling a hellish story about a man fighting his way out of Purgatory and foregoing modern conventions of realism, Painkiller brings back the over-the-top twitch gameplay that is quickly becoming a thing of the past.

Painkiller is a first-person shooter game created by Polish developer People Can Fly. The game shuns most modern first person shooter conventions and instead embraces the more simple and frantic style of the old school shooters. The game consists of 5 worlds with 4 to 5 levels each and a traditional boss fight at the end of each world. Painkiller also features online multiplayer staples such as Deathmatch and Capture the Flag.

The game is being re-released in 'HD' format using the Unreal 3 engine and will be released as Painkiller: Hell and Damnation on October 31st, 2012.

The game follows the tale of Daniel Garner and his quest for atonement. The opening cutscene shows Daniel and his beloved wife Catherine getting into a car crash, a head-on collision with a cube van that kills them both instantly. Catherine's soul is deemed pure, and ascends to Heaven, but Daniel is judged as neither evil enough to suffer in Hell nor noble enough to rise to Heaven with his wife. Therefore, Daniel is sentenced to the neutral realm of Purgatory. The game picks up thirty years after his death and we find that Daniel has been keeping himself busy keeping the monsters of Purgatory in check, turning into a rugged super-badass in the process. His time in Purgatory has done more than give him a cynical action-hero attitude, however. An angel named Sammael approaches Daniel and informs him that certain higher-ups are pleased with the work he has been doing. Daniel is offered a chance to fight for the forces of good in order to get a chance at redeeming himself; descend to Hell and kill Lucifer's top four lieutenants, and he will be redeemed and allowed to rejoin his beloved Catherine at long last.

This is all of the story the player is given before being thrust into the world of Painkiller. One will quickly come to realize that the small bits of story told through the sparse cutscenes have little effect on the actual levels themselves, which are for the most part totally unrelated. It is clear that the story was meant to take a backseat to the retro-styled action and is simply a way to try to explain the whys and wherefores of the setting to the player.

Keeping true to Painkiller's motif of batshit-loco insane, the weapons are some of the most (for lack of a better word) unique weapons one will find in a first-person shooter. While many seem to be standard FPS fare, each weapon packs a completely unrelated alternate fire, many of which can be combined in order to perform even more brutal attacks.

The game's titular weapon is a bizarre three-pronged mutilation device. The Painkiller is especially good at its job, requires no ammo for any of its attacks, and is the only weapon in your possession at the beginning of the game.

The first weapon you acquire besides the Painkiller is that gaming standard, the ever trusty shotgun. It uses shotgun shells and nitrogen shells as ammunition.

Painkiller's iconic stake gun is a sharp-shooting weapon that fires wooden stakes with such force that it's able to nail monsters to walls. It also fires grenades for some reason, but that's handy, so let's not question it. Predictably, it uses stakes and grenades as ammunition.

Is it a minigun that also launches rockets, or a rocket launcher that also shoots bullets? Either way, this useful tool combines two high-powered favourites into a single weapon. Rockets are primary fire by default, though players commonly switch the two to make themselves more comfortable with the weapon. Chaingun ammo is unusually scarce, though, so save it for crowds and powerful enemies. As you'd expect, it uses bullets and rockets as ammunition.

The Electro-Driver is a weapon that brings ninja stars and electricity together at last, to the joy of gamers the world over.

Painkiller received favorable reviews at the time of its release in April 2004, with an average score of 81 at metacritic.com. The game was praised for its adherence to the simplicity of old-school shooter, mixed in with modern graphics. The game has seen several re-releases over the years with the most significant being Painkiller: Black Edition on Steam in January 2007 and on GOG (Good Old Games) with compatibility & support for Windows XP, Vista, and 7 for both 32 and 64-bit. Along with a retrospective "review" by Ben "Yahtzee" Croshaw, it generated a renewed interest in the game.

People Can Fly made one expansion for the original game, Battle Out of Hell, as well as a port to the Xbox console that combined levels from both the original Painkiller and Battle out of Hell, released under the title Painkiller: Hell Wars. After their Epic takeover, they passed on development of the franchise to Mindware, who created two sequels, Painkiller: Overdose, and Painkiller: Resurrection. 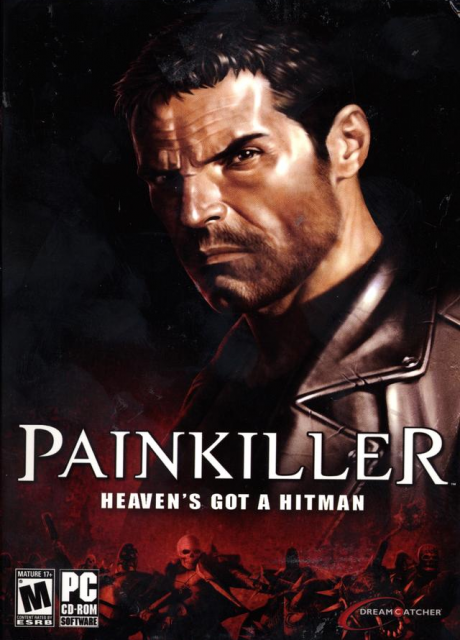