An adventure game developed Falcom about an officer worker that finds himself transported to an alternate dimension while returning home late at night.

Ijigen Kara no Dasshutsu (異次元からの脱出), which is translated as "Escape From Twilight Zone" in-game, is a graphical adventure game developed by Nihon Falcom in July 1984. The title was designed by Yoshihiko Kurata, future map designer for Ys, in cooperation with something called the "Paranormal Research Association." Escape From Twilight Zone was the first adventure game Falcom released on the FM-7 computer platform and was a budget title for the time, with advertisements playing up how affordable the game was (selling for 3,800 yen upon release).

Falcom classified Escape From Twilight Zone as an "electronic adventure novel" but it was a typical adventure game that used a verb-noun text parser. However, during the game's second half, the gameplay changes to be a 3D maze that the player must explore through a first-person perspective. 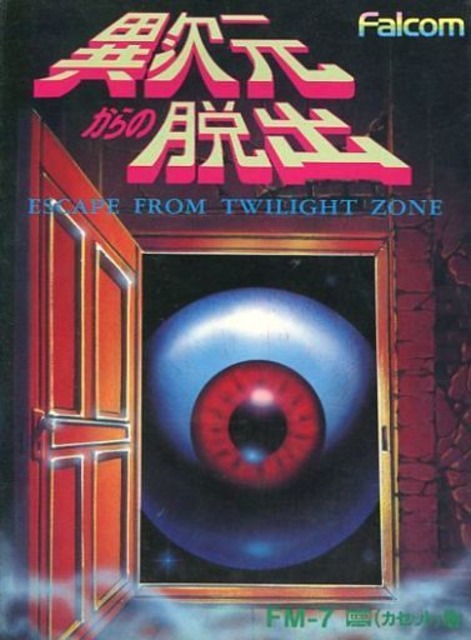