A reboot of the Sakura Wars series, set 12 years after the events of the previous game, where a new Flower Division must face a mysterious enemy that threatens Tokyo and the world.
PlayStation 4

Sakura Wars, known as "Shin Sakura Taisen" in Japan, was a revival project for Sega's Sakura Wars franchise. The game is a hybrid title that blends adventure segments, where the player can build a relationship with one of several heroines, with action mech combat, instead of the traditional strategy RPG gameplay of past entries. The title was meant to reboot the Sakura Wars series after the franchise had been dormant for many years and was released in Japan for the PlayStation 4 on December 12, 2019. The game also received an English release on April 28, 2020, which marked the very first time that Sega themselves have ever localized a Sakura Wars title.

Sakura Wars once again sets the series in Tokyo, Japan during the 29th year of the franchise's fictional Taisho Era (equivalent to 1940 in our real-world calendar) which is 12 years after the events of Sakura Wars: So Long, My Love. During that time a great conflict took place known as the “Great Kouma War” where the Combat Revues from the previous games (Tokyo, Paris and New York) saved the world from a great threat but were wiped out in the process. Because of the war, the “World Combat Revue Federation" was created which established new Combat Revues around the world to protect the people from future threats. At the same time an Olympic-style competition also began called the “Combat Revue Competition” where the Combat Revues from around the world compete every two years in tournaments to sharpen their skills and honor the sacrifices made by the heroes and heroines in the Kouma War. This year the tournament is being held in Tokyo and Seijuurou Kamiyama, a former special service navy captain, has recently been given the responsibility of leading the city's new Combat Revue. They hope to win the competition, despite their inexperience as a team, and recapture the glory the division once had when Ichiro Ogami and Sakura Shinguji lead the group before the war. However, the Kouma suddenly reappear during the Combat Revue Competition and the team must now face a new enemy that threatens the world once again.

The start of Sakura Wars' development was motivated by the fact that the franchise won a fan poll in 2016 that gauged which dormant Sega franchises fans wanted to see revived, the results of which were revealed during a stream at the company's Sega FES event. Sakura Wars won the poll by a large margin, receiving almost a thousand more votes than the second place winner [2]. There were also developers at Sega that had been wanting to work on a new entry in the franchise such as Takaharu Terada who would pitch an idea for a new game almost every summer. Development had technically been greenlit before Sega FES but the results of the poll gave Sega confidence in the new game and lead to them moving the project into full development [1].

Spearheaded by Sega's CEO Haruki Satomi, the new project was a "completely new work inheriting the DNA of Sakura Wars" that was formerly announced to the public at Sega FES 2018 as "Shin Sakura Taisen" (Sakura Wars in the West) and received its first trailer the following year at Sega FES 2019 [3]. The game was created internally at Sega by the CS2 development department and was not be co-developed by Red Entertainment, a first for the franchise. The development team consisted of many people who were new to the franchise including Bleach's Tite Kubo, who designed the main characters, and Jiro Ishii, who penned the game's story. However there were also many returning developers from the franchise's past including Takaharu Terada, who was in charge of planning for the combat sections in earlier entries, mech designer Mika Akitaka and composer Kohei Tanaka. The title's development director, Tetsuya Ohtsubo, had also previously worked as a planner on Sakura Taisen 3. In terms of technology, while Sakura Wars takes inspiration from the Yakuza series for its world exploration and dialogue systems the game actually runs on a modified version of Sega's Hedgehog Engine [4].

Sakura Wars also featured several other guest artists besides Tite Kubo that designed the characters for other Combat Revues as well as side characters. These include:

Similar to past entries in the Sakura Wars franchise, several adaptations of Sakura Wars were also developed alongside the game itself. Beginning in September 2019, a manga adaptation was serialized in Weekly Young Jump which tells the story through the perspective of the main heroine, Sakura Amamiya, and was drawn by Noguchi Koyuri and penned by the game's scenario writer, Jiro Ishii. A novel adaptation was written Ayumu Mugi as well called "Shin Sakura Taisen: Hizakura no Koro" that was released on December 19, 2019. A CG animated television series aired in April 2020 and was produced by Sanzigen, the same studio that created the animated cut-scenes for the game. Furthermore, a series of live theater performances, called "Shin Sakura Taisen the Stage", are also in the works with Yuuna Sekine announced to play the part of Amamiya. 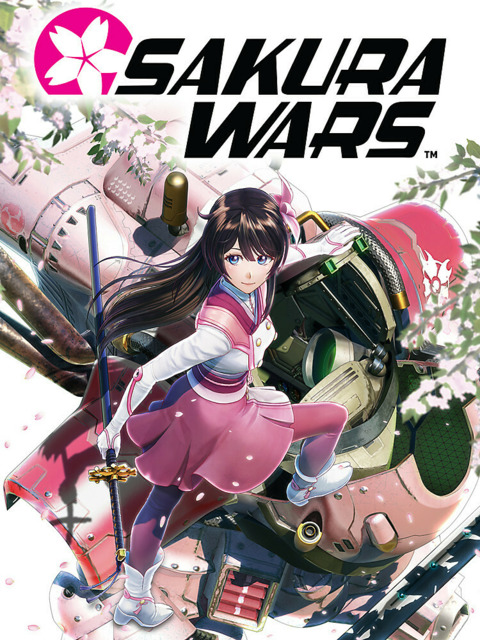