Master of Weapon is a vertical-scrolling shooter released in arcades and later ported to the Genesis.

Master of Weapon is a vertically scrolling shoot 'em up developed and published by Taito for the arcades in 1989, which was later ported to the Sega Mega Drive by KID Corp exclusively for the Japan region.

It follows the format of games like Namco's Xevious in that the player is given two types of weapon - an air-to-air gun and air-to-ground bomb - and enemies that can only be destroyed with one or the other. Players can also collect power-ups by destroying green transport enemies, some of which improve the standard weapons and last until the player loses a life while others act as a single-use smart bomb. 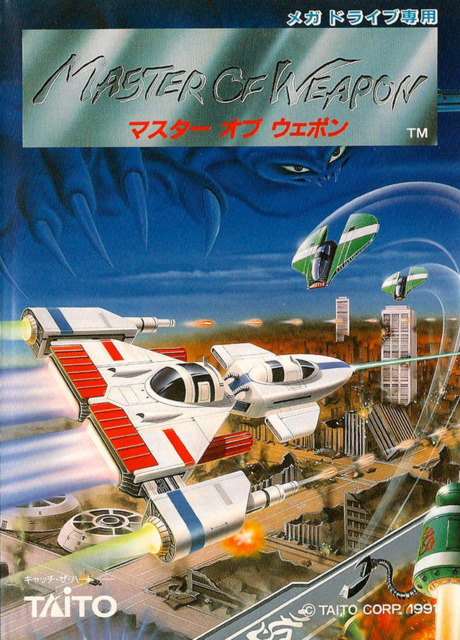