A first-person open world shooter developed by Avalanche Studios in cooperation with id Software that is the follow up to 2011's Rage.

Rage 2 was developed by Avalanche Studios with some help from id Software. The follow-up was released May 14, 2019 on PC, PlayStation 4, and Xbox One.

Rage 2 like the original is a first-person shooter. The player controls the aptly named Walker. The gender, clothing, and skills of the character can be customized to some extent. Walker uses powers based on Nanotrite to destroy enemies as well as numerous weapons and tools. Walker can also use their Overdrive power to do more damage, heal, and enemies will drop more energy. As with the first game the player is able to control multiple vehicles to quicken their pace around the world. Nanotrites are another idea brought over from the original Rage which help amplify the characters powers.

Rage 2 does not use the id Tech engine instead the developers at Avalanche used their own Apex engine instead. Apex was chosen for it’s ability to create detailed indoor environments and vast open spaces outside without any loading screens.

Rage 2 has had two expansion packs: 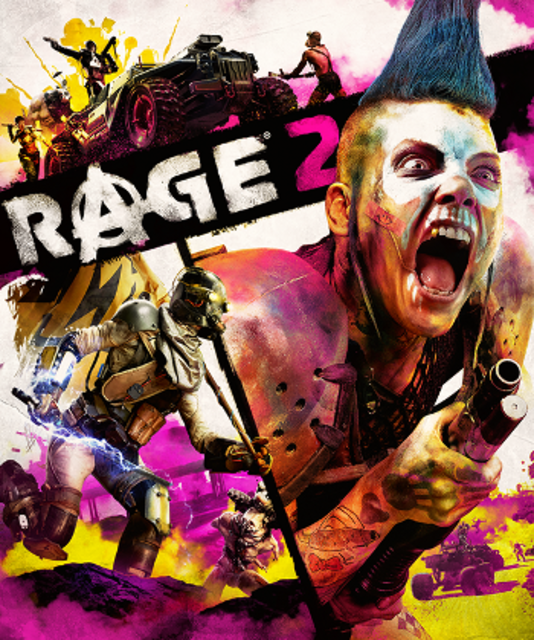