An adventure game where the protagonist finds himself trapped in a time loop where he must relive the same day over and over again.

The title stars a lethargic high school student named Shoji who is invited to a summer resort lodge by his childhood friend in order to study for entrance exams. While staying at the lodge, he soon discovers a strange crystal that somehow traps Shoji in a time loop where he must repeat the same day over and over again. However, each loop of the same day is slightly different from the last and the characters do not seem to be aware of what is happening including Shoji himself. It is therefore up to the player to find the differences in each day and guide Shoji towards "tomorrow" while also learning more about the girls that are trapped in the loop with him.

The beginning of the game plays like a typical novel-style adventure game where the player mainly reads text as they watch scenes play out. However, after the protagonist discovers a mysterious crystal, the player is trapped in a time loop. The same day with the same scenes will repeat infinitely unless the player intervenes. Every loop features small differences and if the player notices them they can record the differences in the crystal displayed in the top left corner of the screen. Up to five things can be recorded in the crystal each loop and the events of the next loop will change depending on what was recorded. Over time certain events will unlock, new things will be learned about the game's heroines, and eventually the player will figure out a way to break the time loop. Up to 5 endings can be obtained which correspond to the game's five heroines.

Prismaticallization was not received positively upon its initial release with many criticizing its peculiar systems and lack of romantic elements despite being marketed as a galge. However, over time, the title attracted a cult following due to its unique premise and memorable writing style with Arc System Works describing the game as a title that has "drawn a lot of criticisms and a few compliments" on their own website [2]. 4Gamer would later included Prismaticallization in a list as one of several historically important Japanese adventure games released in 1999 along with Sentimental Graffiti (even though it was released in 1998), L no Kisetsu, and Kanon [3].

In June 2003, Arc System Works published details about a sequel to Prismaticallization inside their fan club newsletter [6]. The sequel was called 微塵の月 ("Mijin no Tsuki") and featured the English subtitle of "Particles of the Moon, or Prismaticallization Speculative". Shuichi Ikeda was announced to return as the sequel's planner, writer and programmer while Takumi Inoue was revealed to be the game's new artist and Daisuke Ishiwatari was going to compose the soundtrack. The game was classified as a "Particular Relational Adventure Game" and was planned to be released for the PlayStation 2 sometime in 2003 [5][6]. However, in 2004, Shuichi Ikeda left Arc System Works which effectively canceled the sequel. Ikeda did seem to have interest in perhaps finishing the game as a doujin title but it never materialized [7]. 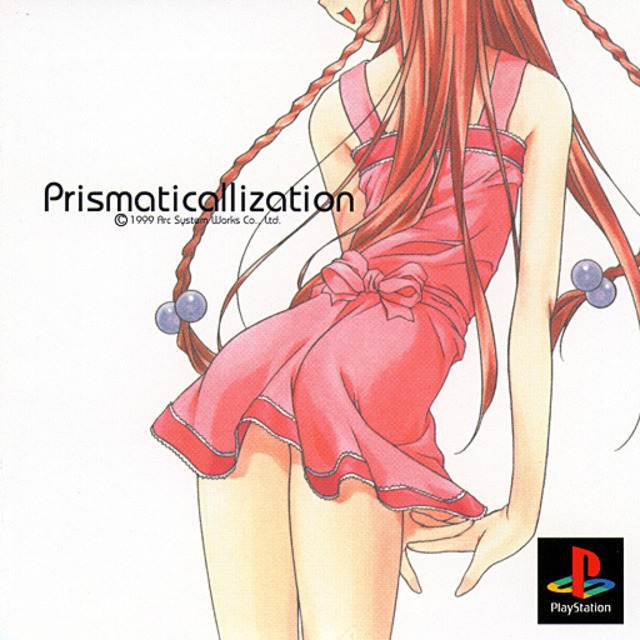