Alex Kidd puts his life on the line in pursuit of video games in this combination adventure-platformer for the Sega Master System.

Alex Kidd: High Tech World (known in Japan as Anmitsu Hime) is a side-scrolling adventure/platformer developed by Sega AM7 and published by Sega for the Sega Master System in Japan (on July 19, 1987) and worldwide (in 1989).

The original Japanese version is based on the 1986-87 anime series Anmitsu Hime, as players control the tomboy princess of the same name as she sets out to reach a cake shop in a historical-fantasy feudal Japan (with modern-day technology) before closing time. The international version changes the protagonist to teenage hero Alex Kidd (Sega's unofficial mascot at the time) as he sets out to reach a new arcade (High Tech World) before closing time.

The game's levels alternate between two distinct styles of play:

The castle and town (levels 1 and 3) are large, free-roaming areas with emphasis on exploration and puzzle solving. Some events occur according to the in-game clock which normally runs in real-time, but jumps ahead by 5 minutes every time Alex opens a door. If the clock reaches 5pm, the arcade closes and the game is over.

The more civilized areas of the world are connected by dangerous backwoods paths (levels 2 and 4) which Alex must traverse while under constant attack by ninjas. These sections are more traditional and straightforward in design - Alex can jump and shoot projectiles, and the goal is simply to make it from one side of the screen to the other. Any money collected in level 2 can be spent on items in the following adventure area. The clock continues to run down in real-time. 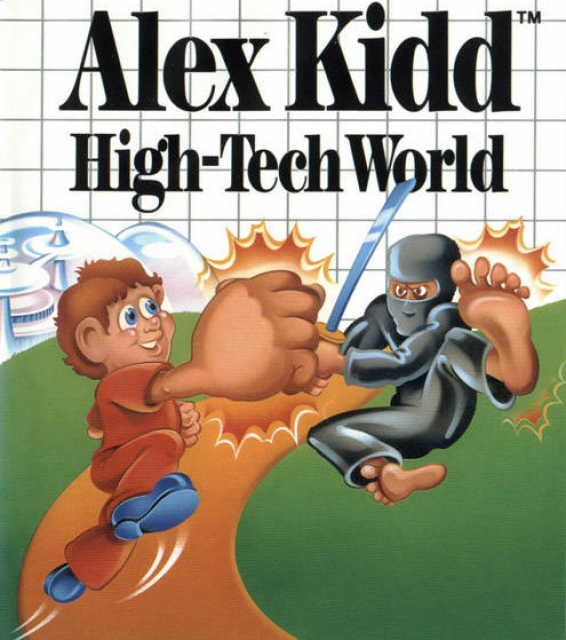