A fighting game spin-off of the mobile RPG Granblue Fantasy, developed by the studio behind the Guilty Gear and BlazBlue series.

Granblue Fantasy: Versus is a 2.5D high-fantasy fighting game developed by Arc System Works and published for the PlayStation 4 in Japan (by Cygames) on February 6, 2020, in North America (by XSEED) on March 3, 2020, and in Europe (by Marvelous) on March 27, 2020. It was later digitally released worldwide for the PC on March 13, 2020.

A spin-off of the mobile RPG Granblue Fantasy, Versus brings the game's characters and setting into a traditional fighting game reminiscent of the studio's Guilty Gear and BlazBlue series. Similar to Guilty Gear Xrd -SIGN- and Dragon Ball FighterZ, Versus uses the technique of specialized cel-shading and limited animation in Unreal Engine 4 to give the illusion of 2D hand-drawn character art.

The game is also known for its cooldown-based "Skill" system, where each character's special and super moves can be simplified with a dedicated shortcut button (the "Skill" button), and for its "RPG Mode": a side-scrolling beat-'em-up action-RPG mode that serves as the game's main campaign.

Each player has access to three basic Attack buttons (Light, Medium, and Heavy) and a bonus "Unique Action" button (which perform different actions based on the character chosen). Pressing both Light Attack and Unique Action performs a throw attempt, while pressing both Medium Attack and Heavy Attack performs an Overhead Attack. In addition, players can use an optional dedicated Block button, which can be used in conjunction with the joystick for quick evasions.

One of the key features of the game is its cooldown-based "Skill" system, where each character's special moves can be performed simply by holding down one shortcut button (the Skill button) and tapping the joystick a specific direction. Traditional command inputs can be used instead, sacrificing simplicity for a shortened cooldown.

Both players have an SBA Gauge, or "Skybound Art Gauge", which fills by dealing and receiving damage and serves as the game's super meter. When the gauge is completely full, players can perform a high-damaging super move known as a "Skybound Art".

If the character's vitality is 30% or lower, their HP gauge changes color and they can perform a one-time "Super Skybound Art".

In addition to the standard fighting game mode, Versus features a unique campaign mode (RPG Mode) that allows up to two players to fight against waves of enemies in beat-em-up style action. Similar to the original Granblue Fantasy game, the player travels to various islands, clearing out enemies, and fighting boss characters to advance the story. Depending on their performance, the player can acquire new weapons or items to upgrade existing ones.

Players in this mode start off playing as Gran, but can unlock new characters to control as the story goes on.

Gran and a few of his crewmates head to Albion to meet up with Katalina, but are surprised to find an attack by soldiers of the Erste Empire, a nation that they defeated in the past, and that Katalina appears to have completely forgotten her history with Lyria and rejoined the Empire. As the Grandcypher travels around the Skydom, they encounter similar problems with former crewmembers forgetting their pasts and attacking Gran on sight.

The base game includes 11 playable characters and 1 unplayable boss (who was later made unlockable for play). Additional characters were made available as downloadable content.

Although Beelzebub can be unlocked without owning DLC, he is considered part of this DLC "season" and is part of the season's corresponding Color Pack Sets. 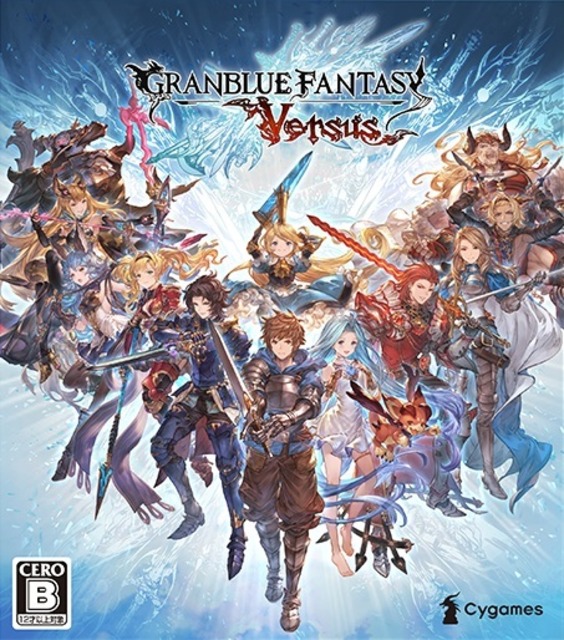