Himeko Sutori is a large-scale strategy RPG that puts the player in control of an army of up to 200 unique characters.

The largest difference between Himeko Sutori and other recent strategy RPGs is the scale of the combat. Whereas most tactical and strategy RPGs depict small battles between several characters, Himeko Sutori depicts large battles among hundreds of characters. In gameplay reminiscent of Ogre Battle 64, the player first organizes characters into squads (called "lances" in-game), then gives orders at the squad level and the combat plays out as an automated exchange of blows between squads.

The player takes control of Furukawa Ayama, better known as Aya, who is the youngest daughter of the Furukawa family, a minor noble house under the Yamatai emperor. The Yamatai are part of the Central Kingdoms, a loose alliance of several kingdoms and city-states. When an unprovoked attack destroys the Furukawa city of Sunrise Falls, Aya and her sisters must flee through the mysterious World Gate in search of help.

As the game progresses, the player switches among several different modes of control, depending on the location and situation. When in towns and other locations of interest, the player controls Aya in a third-person view, to talk to people, purchase equipment and supplies, and recruit new soldiers. When traveling from one city to another, the player controls the entire army through a large hex grid on the world map. And when in combat, the player controls individual lances on a smaller hex battle grid.

When not in combat, the player can level-up characters, change character classes, and equip characters with new weapons and armor. The game contains 20 character classes for human characters. There are several other character classes unique to fairies, wolves, boar, imps, pumpkinheads, mechanical troops, and the undead. Characters can equip hundreds of different weapons, shields, helmets, suits of armor, and accessories.

At crafting stations located throughout the game, the player may create useful new items or even create new characters that will join the player's army. 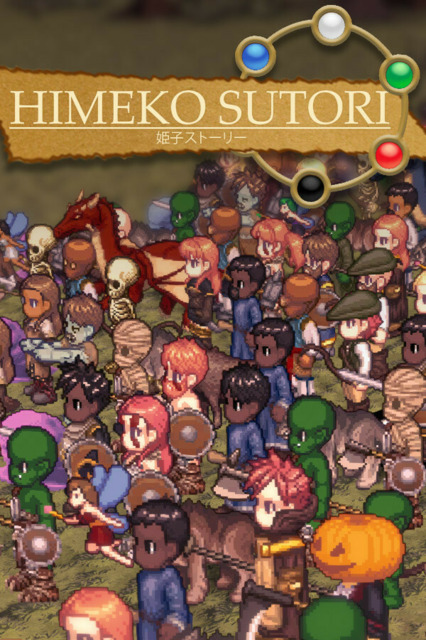