This 3D collect and explore game was first published in 1988 by The Edge as "Inside Outing" for the 8-bit homecomputers Amstrad CPC, C64 and ZX Spectrum and was re-issued as "Raffles" in the same year for unknown reasons. One year later it was also released for the 16-bit machines Amiga and Atari ST with the title "Raffles". In the U.S. this game was published as "Devon Aire in the Hidden Diamond Caper" by Epyx. A Commodore CDTV version was released in 1991, which is a one-to-one copy of the Amiga counterpart. 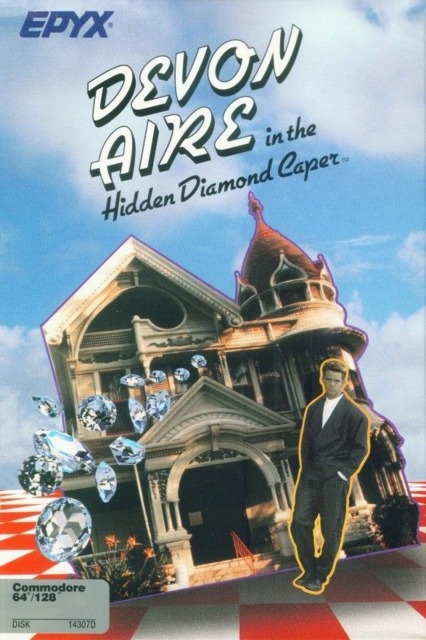