Fushigi no Umi no Nadia

The second of multiple games based on the anime Fushigi no Umi no Nadia (Nadia: The Secret of Blue Water). Play as Jean through multiple story arcs taken from the show.

In the game the player controls the character of Jean Rocque Raltique: a courageous young French inventor who befriends Nadia and helps her along her journey. Via a top-down perspective Jean can talk to NPCs, find and use items, and solve puzzles to further the story. The game roughly follows the events of the series, first establishing the characters and background in 1889 Paris and moving onto various other parts of the world.

The game was never localized overseas, but did see a fan translation in 2011. Fushigi no Umi no Nadia would go on to receive many more adaptations for various consoles from various developers, many taking the same adventure game route as this one. 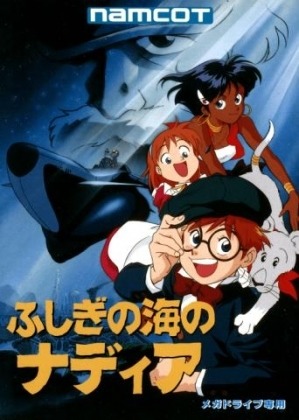