Tony Hawk's American Wasteland is the 7th game in the Tony Hawk franchise released in 2005. Developed by Neversoft and published by Activision, it was the first Tony Hawk game to be released on the Xbox 360 and the last one for the Gamecube.
PlayStation Portable PlayStation 2 Xbox 360

Tony Hawk's American Wasteland is not a continuation of the story found in the Underground tiles, but features a brand new one. Unlike previous Tony Hawks, the main feature boasted by THAW is that the entire game would take place in one giant streaming level, a interpretation of Los Angeles. The story has the player's created skater arriving in LA after the realization that his Mid-Western home is no place for a skater (THAW has players pick between five pre-made male characters to take through story mode). Once there, he meets a wide array of characters/pro skaters and eventually takes on the task of rebuilding the 'Wasteland' Skate Ranch. The story is told through in-game cinematics similar to the Underground games, and drawings by artist Jimbo Philips.

Story progression works just as it did in the Underground games. Players are asked to complete story related goals to help them unlock a new area or a piece for the skate ranch. During story mode, goals would include pulling a trick off a certain object found throughout the virtual LA. This would cause "World Destruction" scenes similar to Underground 2, and that piece would disappear from the level and be incorporated into the skate ranch.

The game's main selling feature was that it included one seamless LA level that contained no loading times. In it, players could skate various landmark areas such as Hollywood, Beverly Hills, Santa Monica and East LA. While originally this led players to believe the map would be similar to the ones found in the Grand Theft Auto series, the end result was a bit underwhelming. While players could skate a giant LA, the areas themselves were essentially the size of past Tony Hawk levels. The only difference was that they were each connected by "tunnel" like areas that hid the loading times. Tony Hawk would get its true seamless skating city in its 8th installment, Tony Hawk's Project 8.

The second biggest addition to the game was the inclusion of BMX bikes. Players could trade in their skateboards for a BMX to complete bike specific goals. The bikes however did not control like the ones found in the Mat Hoffman Pro BMX games. Instead they were controlled using the analogue sticks (Left one controlling the players, while the right one controlling the bike to do tailwhips) and the shoulder buttons (allowing riders to spin and do body flips). Pro BMX riders Rick Throne and Mat Hoffman appeared in the game relating to bike specific missions. Bikes would replace the non-skateboarding vehicles found in the previous Underground games.

The third noteworthy additional features was found in the revamped Off-the-Board controls. Players were once again able to jump off their board, but they were no longer limited to just walking. Free-Running was incorporated to allow players to run up walls and do wall flips as well. Other new tricks included wall plants and bert slides.

The main level in THAW takes place in a giant LA. The city is divided between different skate areas which are all connected by skateable tunnels/pathways.

*= This song is in the Tony Hawk's American Wasteland soundtrack CD, which features covers of songs by other artists that are in the game. 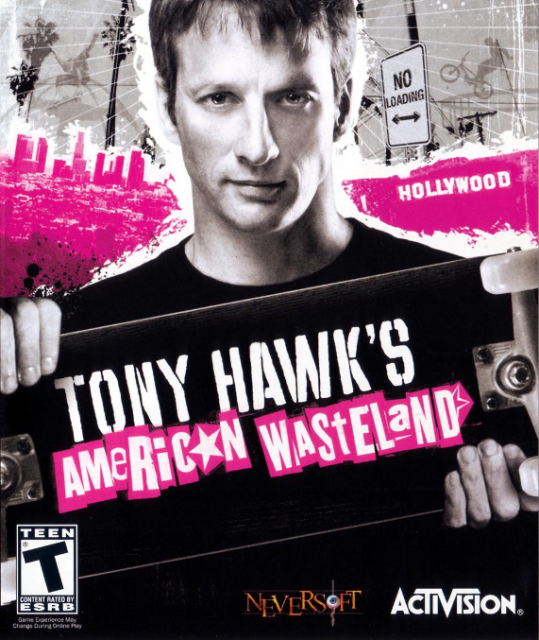