A creepy clown and his beastie buddies have taken over Alurea. Time for the boys to teach them a lesson.

Mega Twins, or Chiki Chiki Boys, is a two-player side-scrolling action platformer that was originally a 1990 Arcade release using Capcom's CP-1 System. It features the eponymous Mega Twins who are forced to protect their kingdom of Alurea after monsters attack. In order to save their land, they endeavor to find the mystical "Dragon Blue Eyes" treasure to set everything right. The game strongly resembles Westone's Wonder Boy in Monster Land, though adds extra elements like being able to cling onto walls to climb up stages.

The game was later adapted to various home computers courtesy of US Gold as well as the Sega Genesis and the PC Engine CD. It would also be added to the Capcom Classics Collection Vol. 2 compilation for PS2, as well as the Capcom Classics Collection Remixed compilation for PSP. US Gold released the game for 16-bit computers the Amiga and Atari ST, though it eventually cancelled ports for 8-bit computers the Commodore 64, ZX Spectrum and Amstrad CPC. 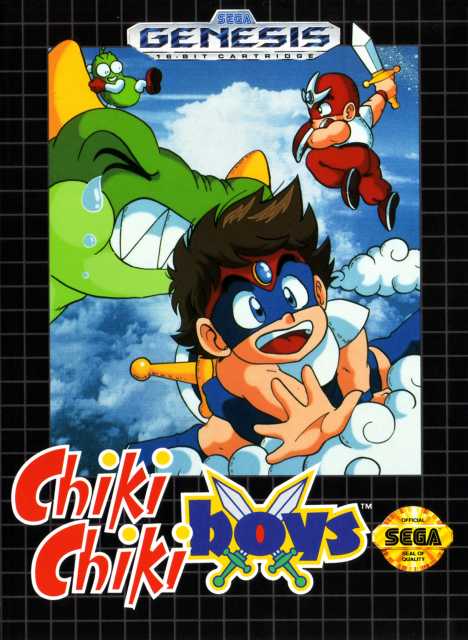