A sequel to Persona 5 storyline with a real-time Musou-esque hack-and-slash combat.

Set as a sequel to the original Persona 5, Strikers is set about half a year after the events of the True Ending of the game. The Phantom Thieves meet up again during summer vacation, hoping to enjoy themselves. However, mysterious mental shutdowns start happening all over Japan again, and the police think the Phantom Thieves are responsible, forcing the group to jump back into action to solve the mystery.

An AI construct from the Metaverse who the Protagonist accidentally unlocks. She claims to be humanity's friend and fights together with the Phantom Thieves. In the Metaverse she manifests as a young girl with red hair braided in the shape of hearts and wears an oversized sweater. In the real world she appears as a smartphone app on the phones of the Phantom Thieves.

A Public Security officer trying to find the ones responsible for the new wave of mental shutdowns.

Persona 5 Striker still structured very similarly to its predecessor being an RPG game, but unlike the mainline Persona 5, Strikers has its characters fighting waves of enemy Shadows in real-time action, as each character wields their weapons and Persona in battle. The player controls one of up to four different characters and can switch between them at any time.

However, like in Persona 5, players will be able to temporarily pause the action to cast spells or perform attacks with their Persona. In Joker's case, he can even swap Personas to match the situation, just as in the original game. All player characters will have separate bars for HP (Health) and SP (Mana), and can level up their stats by earning experience points through battle.

Also like in Persona 5, Joker can negotiate with enemy Shadows and gain their Persona, and even use Fusion to create a new Persona from two existing Personas.

A game mechanic where players can make use of objects like lampposts or traffic lights to pursue or escape from enemies.

An ultimate attack combining the character and their Persona. Joker's Showtime can change depending on the Persona he has equipped when triggering the attack. 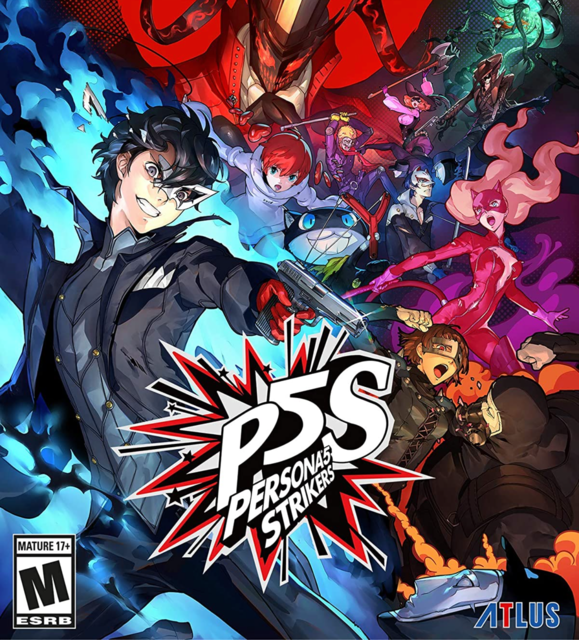