A science fiction game developed by Toys for Bob and published by Accolade in July 1990. Modeled after Spacewar! and is generally considered a strategy/action-adventure game.

Based on the Spacewar! game engine, Star Control has no real story component besides a basic background. Two alliances of aliens are at war called the Alliance of Free Stars and the Hierarchy of Battle Thralls. The game is played either by a single player versus the computer AI or two players versus one another. Each player controls a ship in space and fires projectiles at one another.

Star Control has a large cult following and has spawned many sequels and is thought to have influenced many science-fiction adventure games.

The Sega Genesis port of Star Control was hyped as the "first 12 megabit game" on consoles. Prior to Star Control's release, Strider had employed a similar hype strategy for its 8 megabit size. 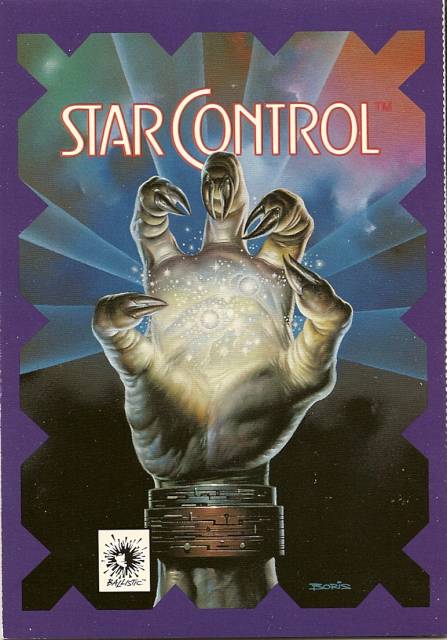