An arcade ATV racing game for four players that was eventually ported to the Sega Genesis.

Four Trax, later known as both MegaTrax and Quad Challenge on the Japanese Sega Mega Drive and the Sega Genesis respectively, is an arcade ATV racing game from Namco that uses OutRun's behind-the-vehicle perspective. The arcade game uses digitized sprites of the ATVs and their drivers, though the Genesis port uses regular sprites instead.

The player is given the choice of four vehicles determined by their colors: Green Monster, Red Devil, Blue Thunder, and Yellow Typhoon, each with different transmissions, handling, and top speeds. In addition to taking corners carefully and adjusting speed for jumps, the player also had to ensure that their engine didn't overheat by pushing it too hard. 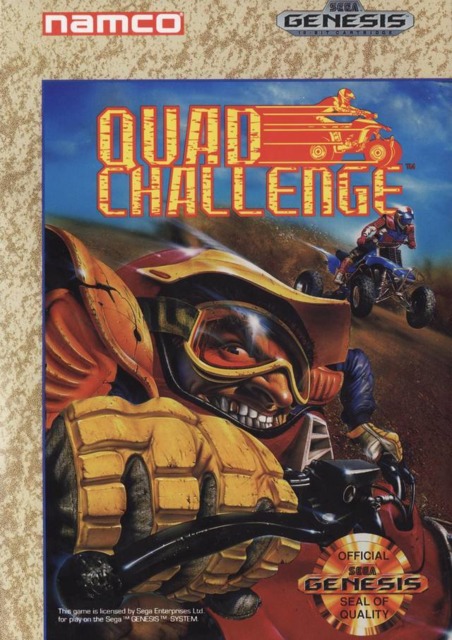