TX-1 is a third-person formula car racing game developed by Tazmi and released for arcades by both Tazmi (in Japan) and Atari (worldwide, in conjunction with both Namco for North America and Taito for Europe) in 1983.

A spiritual successor to Atari's Pole Position series, the game is known for its unique three-monitor ultra-wide cabinet setup and branching paths system (where players can choose between two roads at three points in the race, for a total of eight different courses).

Tazmi (under their original Tatsumi label) later made an updated version of the game in 1984, called TX-1 V.8, exclusive to Japan. They also used the three-monitor setup for Buggy Boy in 1985. 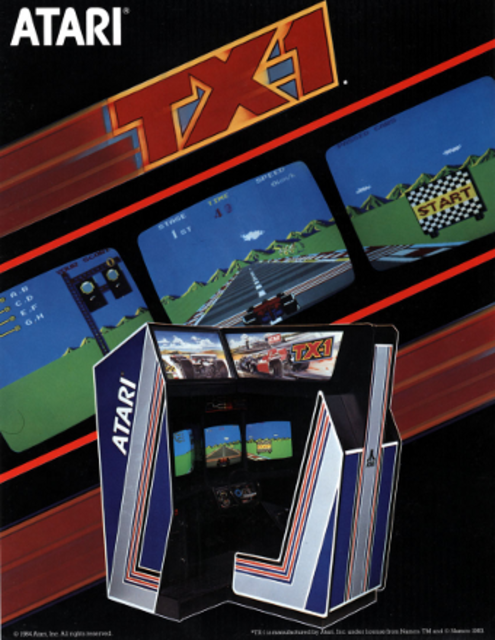