An racing game from Yu Suzuki, featuring a full 360° axis. It was the first kart racer, setting the template for more popular kart racers such as the Mario Kart series.

Designed by Yu Suzuki and developed by Sega AM2 for the Arcades in 1988, Power Drift was the first kart racer, setting the template for more popular kart racers such as the Mario Kart series. The Sonic Drift series is, in many ways, a spiritual successor to Power Drift.

The game was notable for its sprite-scaling graphics, which Yu Suzuki and Sega had used to great success with earlier racers like Hang-On and OutRun. It used them to create elaborate, surreal courses that seemed to rise and fall rapidly like rollercoasters.

Power Drift was later ported to multiple home computers by Activision and to the PC Engine exclusively in Japan by Asmik Entertainment. It would later make its way onto Sega Arcade compilations for the Saturn and Dreamcast. 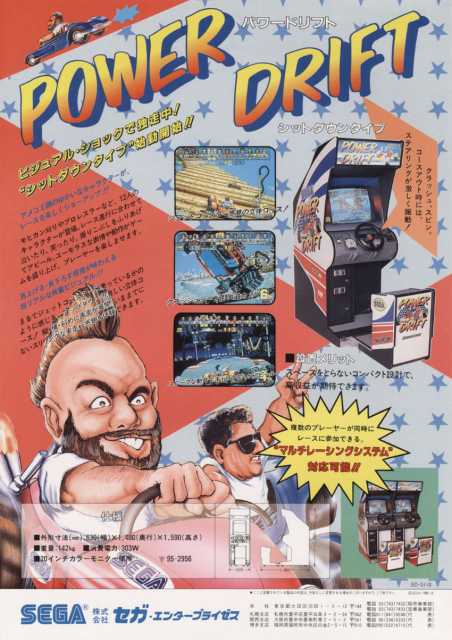